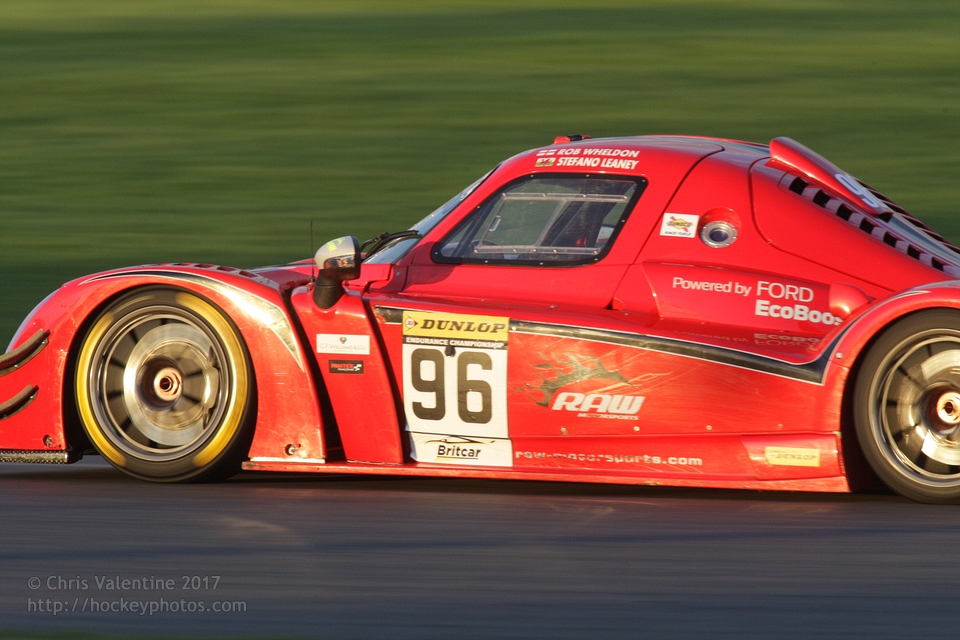 Britcar Endurance would like to announce the 2018 Balance of Performance (BoP) figures for the Radical RXC GT3. The figures and settings outlined below apply to any Radical RXC GT3 running in both the Endurance and Sprint category of the Dunlop Endurance Championship.

"The Radical RXC GT3 raced at a selected number of Britcar events at the end of the 2017 season with great success, having finished on the podium in every race theycompleted. Whilst Britcar do not want to take anything away from the fantastic driving by the outstanding driver pairing of Rob Wheldon and Stefano Leaney, we feel it right to apply a BoP to the car to level the field and bring it back into line with the GT3 Cars that make up our Class 1. The Radical is a quick car out of the box and with its advanced aero compared with the more standard GT3 car a level of BoP is required" commented Rob Hedley, Britcar’s Technical Director.

Following a number of meetings and lengthy discussions with Will Brown and the team at Radical Sports Cars, the following homologation and BoP figures have been agreed:

All Radical RXC GT3 Cars competing in the Britcar Dunlop Endurance Championship (Sprint & Endurance) must:
• run to the National Homologation paperwork as outlined in OSK G3-032016 (NATIONAL) as issued by the National Motorsports Authority Austria.
• run the following BoP settings:

The above outlined settings must be applied to the vehicle during all official Britcar on-track activity including but not exclusive to Warm Up, Qualifying and Race. Data must be made freely available to appointed Britcar Technical Officials and Radical Technical Staff as appointed by Britcar.

If you would like more information about this topic, please call Rob Hedley at 01428 288008 or email rob@britcar-endurance.com