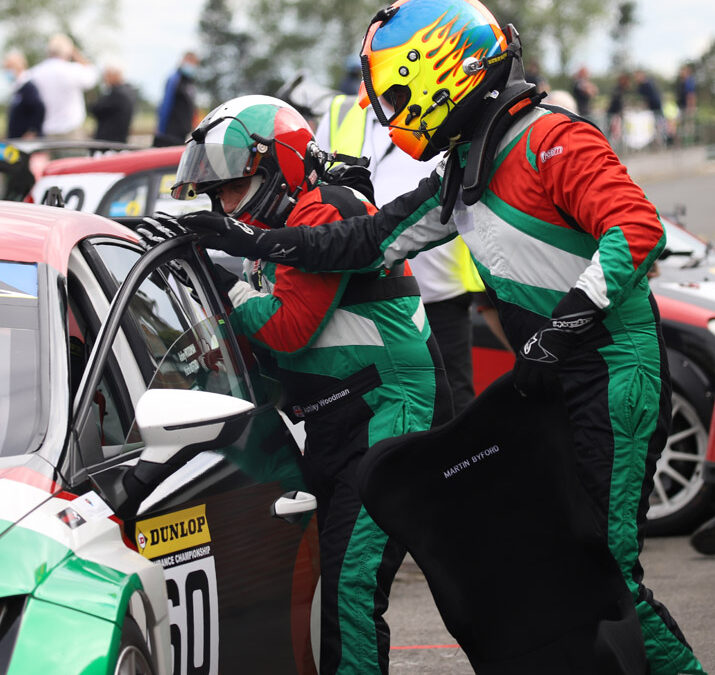 Let’s say our belated opening round at Croft was a taster. We mustered a fair but not full grid, and we mixed the categories, but now we’re back with a vengeance, a decent grid of Endurance category machines in their own pair of 60-minute races on the Brands Hatch Indy circuit.
After some initial concerns, the VR Motorsport Praga R1Ts came good at Croft, showing their true potential in Race 2, where Danny Harrison, driving alone, and the pairing of Jack Fabby and Garry Townsend posted an impressive 1-2 finish from way back on the grid. Harrison should be joined by Jem Hepworth in the #85 car at Brands, though the team are likely to play down their chances on the tight track configuration. They will still be the benchmark, the bar which the MacG Racing Taranis of Jonny MacGregor and Ben Sharich will try to meet- they clinched a Class 1 win in Race 1 at Croft, so have the credentials.

It’s doubtful we’ll see Paul Bailey’s Brabham BT62 just yet, with Australian-sourced upgrade parts delayed by the Covid situation, so he has reverted to his 2019 title-winning Ferrari 488, and with new co-driver Ross Wylie away on other racing business on this packed weekend, Bailey’s 2019 co-champion Andy Schulz rejoins the fray. Only by guile and skill could the Ferrari match the pace of the aero-assisted Radical RXC Coupe of Steve Burgess and Ben Dimmack in Class 2 at Croft. The Radical took an overall win in the first counter there, but by Race 2 the Ferrari duo had got the measure of the competition, and harried the Radical enough to bag the class victory. The unique BMW 1M of Moss Motorsport claimed a long-awaited victory at the end of the 2019 season, and team boss Mike Moss returns with Charles Lamb as co-driver, whilst it’s great to see ex-servicemen Martyn Compton and Warren McKinlay mixing it with the front runners at last, the pair now proving their true worth in the non-turbocharged VR Motorsport Praga R1.

Class 3 will be an all-Porsche affair at Brands Hatch – 2019 Driver of the Year Mark Cunningham, partnered as usual by dad Peter in the family-run SG Racing Porsche 997 will be up against the 991 of Marcus Fothergill and Dave Benett, who, with a new car, in a new season, displayed renewed vigour last time out at Croft. Our registered championship runners will compete with a couple of serious Invitation entries though; Valluga are running a 911 for team boss Benji Hetherington and Adam Hatfield, while Porsche specialist Nick Scott-Dickeson represents Team Hard’s newly-formed Porsche squad in a 911.

Class 4 will prove to be the tightest, with a dozen cars competing for points. Coming out on top so far is the Irish pairing of Nicole Drought and LMP2 pilot Sean Doyle, in the CJJ/Valluga Porsche Cayman 718, the duo managing to mix it with the Class 2 machines at Croft, while equally punching above their weight were Martin Byford and Ashley Woodman in the all-new SEAT Cupra run by EDF Motorsport. Nathan Wells is showing promise in the Digiplat Racing BMW E46 GTR, and we’ve yet to see the best of the Motus One Ginetta G55 of Will Powell and Dave Scaramanga, while reigning class champion Tim Docker kicks-off his season in his Golf TCR run by Maximum Motorsport. Peter Erceg attained some podium finishes in his Cayman S last season, and we have a raft of new-to-Britcar entries, and some interesting machinery, which at this point are unknown quantities. Team BRIT have widened their scope of clientele, and the team’s Aston Martin Vantage will be driven by Bobby Trundley and Aaron Morgan; Trundley has starred in the recent Britcar e-series, and it will be interesting to see if his skills in virtual racing translate to the real thing. Traditional Class 4 cars in the form of a BMW E46 GTR for Jonathan Evans/Tom Bradshaw, and SEAT Cupras in the hands of William Caswell and Jonathan Beeson, are joined by some less usual machines – Reflex Racing are fielding the only Ligier JS2-R in the UK, for erstwhile Ginetta protagonists Marcus Vivian and Luke Davenport, and Newbarn Racing have Adam and Callum Thompson in a Jaguar F-Type V6.

Once again Britcar has organised an impressive array of cars and drivers, despite the current restrictive global situation.