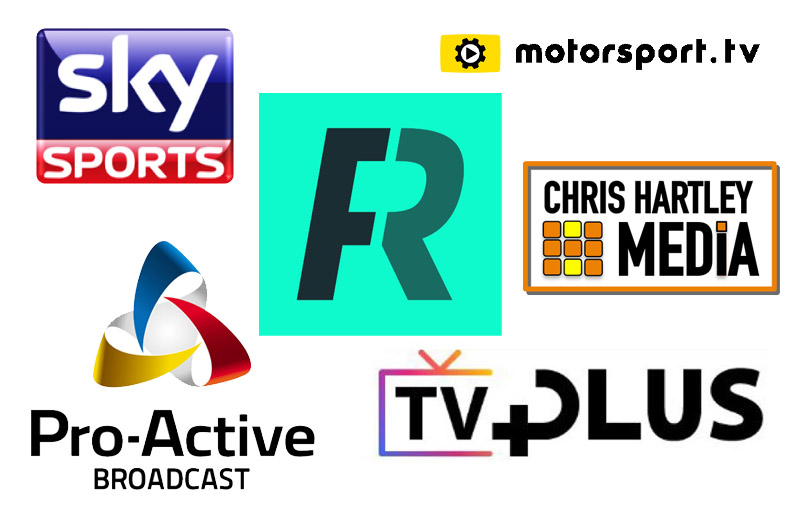 Britcar managing director Claire Hedley said "Pro-Active Broadcast have done a sensational job for Britcar since we began our partnership, and we are delighted to continue with their excellent coverage, enhanced by some exciting and innovative new features for the 2019 season".

Now long-term partners of Britcar, Pro-Active Broadcast will continue to produce a half-hour highlights programme from every round of the championship, enhanced by a new deal that includes additional cameras and in-car footage, resulting in coverage that is more in-depth and exciting than ever before.

With prime-time coverage in ‘Fast Zone’ – the popular weekly motorsport show – the Dunlop Endurance Championship will maintain its position as one of only a handful of UK championships to air on Sky Sports. Every round will also continue to receive standalone transmissions on the fast-growing Freesat sports channel ‘Front Runner’ and will also be available to view free online at Motorsport.TV, as well as via Britcar’s own Youtube channel.

Audience potential will be further increased this year thanks to Samsung Plus TV – a new on-demand channel available to owners of Samsung’s range of smart TVs throughout the UK.

However, the biggest development for 2019 will be the introduction of an extensive range of video-based social media activity, designed to boost coverage of the championship, drivers, teams and all associated sponsors.

"With increased accessibility through on-demand, television remains the most effective and prestigious medium for putting the championship in front of a wider audience," explains series TV producer, Chris Hartley.

"Through our partnerships with a number of leading broadcasters and thanks to the quality of the output, we’re proud to have delivered almost 50 hours of air-time for Britcar last year, with some 94 individual television slots. But as we all know, social media is an increasingly powerful promotional tool and our approach this year will also allow the championship to release a comprehensive stream of bespoke video activity. At every round we’ll be filming some fun and creative features, as well as some more insightful pieces. The social media team will then release new material multiple times per week, massively increasing the frequency of coverage. We think it will become a really important platform to regularly promote the championship, the drivers, title- and team sponsors."

The opening round of the Dunlop Endurance Championship gets underway at Silverstone on Saturday 30th March.