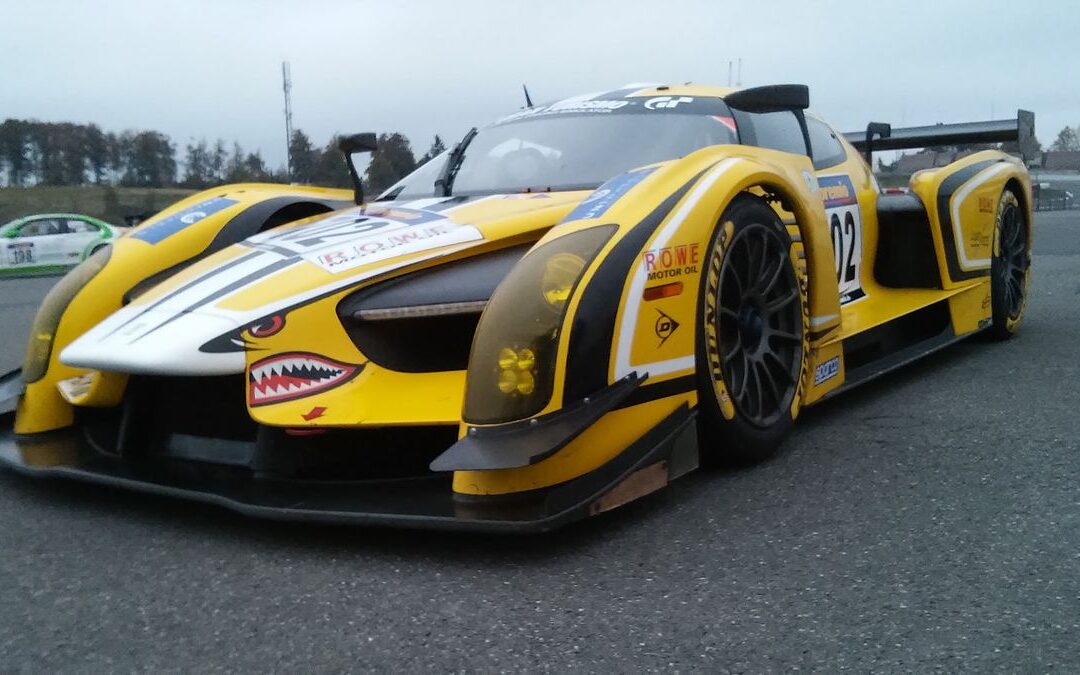 MacG Racing have been Britcar frontrunners and race winners for many years, campaigning the unique Taranis, developed by the genius engineering skills of Jonny MacGregor, and now two team members have signed up for the inaugural round of the Britcar eSeries. Ben Sharich, Jonny’s regular co-driver, and 18 year-old Isaac Raine, a raceday volunteer with the team, will each be racing a SCG003C (full title: Scuderia Cameron Glickenhaus 003 Competizione), which, in the spirit of the team’s usual Taranis, is a low-volume GT3 machine, with the real-life Nürburgring 24hrs racer sporting a yellow and black livery very similar to the MacG Racing house colours.

So what’s the experience of the two drivers in the world of virtual racing? Britcar and Alfa Romeo racer Ben Sharich takes up his story; " I have played a few sim games over the years but never to any huge extent. I did do the SimplyRace 24 hour with a couple of friends in 2016 but other than that not much at all in the past couple of years. I only got Assetto Corsa recently, so nothing like being thrown in at the deep end".

And, as usual, it’s racing on a budget, and giving his all, for Ben: " I’m doing this with an ancient Logitech G27 wheel on an even older £40 wooden desk from Argos! Enough with the excuses though, like proper racing I’m just going to give it the very best I can with the equipment I have and see what happens!"

For young Isaac Raine, a Rolls Royce Aerospace apprentice who grew up in Melbourne, within earshot of Donington’s famous hairpin, it’s a different story. Stymied by a lack of suitable budget to progress from karting to Ginetta Juniors in 2015 (losing out in the scholarship to Seb Priaulx and Enzo Fittipaldi), he is concentrating on getting his engineering career established, and furthering his motorsport experience with the MacG Racing outfit, whilst continuing to develop his E-Racing skills, and has already built up some experience wit the car, and the Spa circuit, as he confirms: " I have been playing racing games and simulators since I was 8 years old to keep my skills sharp. I primarily race on iRacing, but this event has made me get back into Assetto Corsa and I forgot how fun it was to play! I haven’t had much experience in cars, so I cannot tell you how similar or different it is from the real thing, but from what I have experienced it is pretty close. Due to my experience in the sim-racing world, I hope to do pretty well in this first race at Spa, despite never driving there in real-life and never driving the Scuderia Cameron Glickenhaus SCG003 in Assetto Corsa before this. My lap times are looking pretty good and consistent and I am looking forward to getting onto the virtual track against the very strong Class 1 field including the likes of David Brabham and my teammate Ben Sharich."

So, two disparate skill sets, and varying levels of experience – eSeries could be a great leveller!