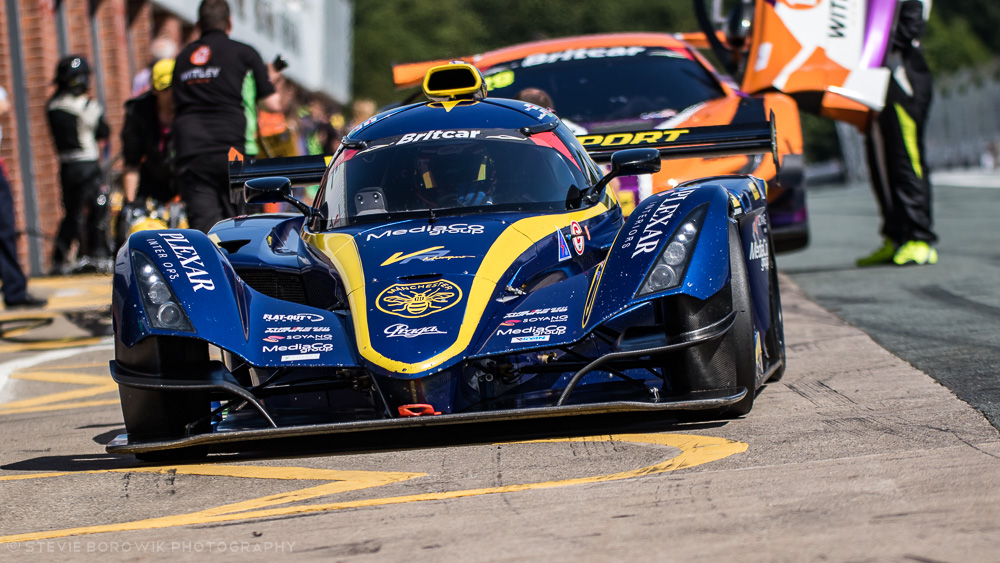 The 2020 Britcar season gets off to a belated start at Croft this coming weekend, with the Endurance Championship combining with the new Trophy series in a joint grid for two 60-minute races.

In Class 1, VR Motorsport up the ante by fielding two of their stunning Praga R1T machines; Jack Fabby, who has starred in the current Britcar E-Series in the "virtual" version of the car, races with Garry Townsend, with the second car being piloted by Danny Harrison and Jem Hepworth, all accomplished drivers, though Fabby has the Praga race experience under his belt, and could lead the attack. MacG Racing’s unique Taranis, with Ben Sharich and team boss Jonny MacGregor at the wheel, has race-winning credentials, while RAW Motorsport stalwarts Ben Dimmack and Steve Burgess trade up from a Ginetta G55 to the team’s Radical RXC Coupe, which also can boast Britcar race wins in a previous iteration. So, four "aero" cars, with only one with a proven car/driver provenance, will make Class 1 very interesting.

Paul Bailey, due to race his new Brabham BT62 this season, is keeping his powder dry and opting for a cautious start-back, running his 2019 title-winning SB Race Engineering Ferrari 488 as an Invitation entry in Class 2. The vastly experienced Ross Wylie joins him as co-driver, and there is a chance of an overall victory for this pairing given the right conditions, though fellow Ferrari 488 exponent Wayne Marrs may think differently; he has a Britcar win under his belt, and shares the Fresh’n’Fruity-sponsored Challenge-spec car with marque expert Charlie Hollings. Britcar regular Mike Moss (has he ever missed a race?) will be out in his rapid hi-tech BMW 1M, no longer unique as the Woodrow boys Ed and Ash have another version on the blocks, and there is a big step-up for armed forces veterans Martin Compton and Warren McKinlay, who graduate to VR Motorsport’s naturally-aspirated version of the Praga R1.

Old-hands Marcus Fothergill and Dave Benett will be out their Porsche 991 in Class 3, and will be up against the new pairing of Fun Cup multi-champion Chris Hart and Fun Cup aspirant Steve Walton in a Ginetta G55 run by their jointly owned team MakeHappen Racing, while Class 4 looks to be the most hotly-contested. After a disappointing 2019, arch-enthusiast Ash Woodman and consummate professional Martin Byford are back with renewed vigour in the revamped SEAT Cupra run by Eddie Farrow’s EDF outfit, and they face a variety of competition; Nathan Wells in the Digiplat Racing BMW E46, Irish duo Nicole Drought and Sean Doyle in the CJJ/Valluga Porsche Cayman 718, and Motus One boss Will Powell sharing a Ginetta G55 with Dave Scaramanga.

With the new Trophy series running within the Endurance championship for this opening event, we have a contingent of Class 5 and 6 runners. In Class 5, Rob Baker returns with an all-new Smart For Four, with John Packer as a new co-driver, and Irishman Barry McMahon, a class winner in the past, returns with his Alfa Romeo 156. Simon Green Motorsport are fielding BMW exponent Jas Sapra in his E92, and the class is completed by Anthony Hutchins in a Porsche Boxster.