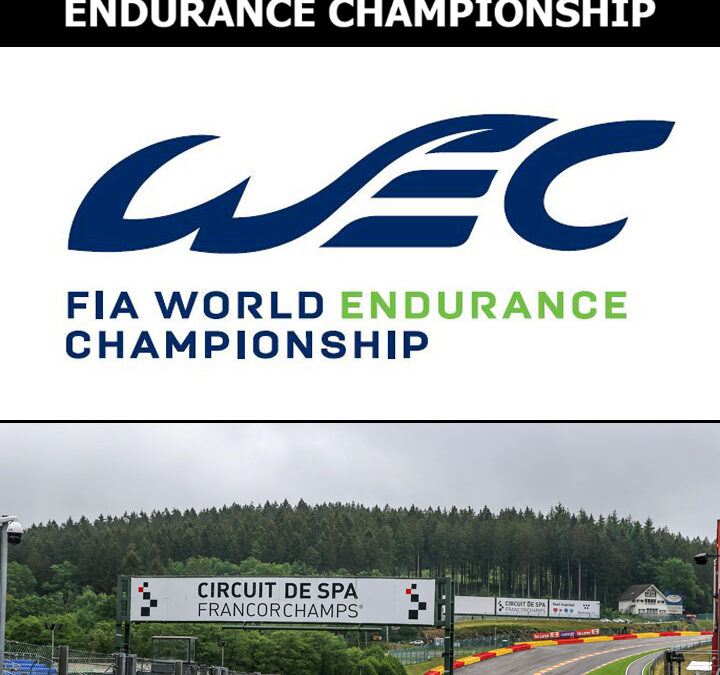 It is an exciting time for Britcar, as we can now announce that we shall be supporting the FIA World Endurance Championship (WEC), for the penultimate round of the 2019-2020 season at the iconic Spa-Francorchamps circuit in April next year.

The FIA World Endurance Championship, organised by the ACO, runs over a winter scheduling format and culminates with the world’s most famous endurance race, the Le Mans 24 Hours, in June. Featuring top drivers, including Le Mans winners and erstwhile F1 drivers, the Championship also plays host to some familiar names to Britcar followers; pro-drivers Mike Simpson, Charlie Hollings and Johnny Mowlem have all stood on the top step of a Britcar podium in recent years, and rising stars Phil Hanson and Bonamy Grimes both honed their endurance racing skills in Britcar, Hanson actually winning the Britcar Dunlop Endurance Championship in his maiden season of circuit racing in 2016.

Thus Britcar’s already-solid reputation for producing teams and drivers that can perform in the International arena is enhanced by being invited onto the prestigious WEC package, and we are immensely proud that our endeavours to produce a professionally-run nationally-based Championship have been recognised by organisers of one of the biggest Championships in global motorsport.

Our support-race package is a non-Championship event, and will comprise of two 50-minute races, and is open to all cars complying with Britcar classes 1-7, on Dunlop tyres, whether or not registered for the Britcar Endurance and Trophy championships, so ideal for a foreign sortie to sample racing on one of the world’s classic circuits. Our timetable runs from Thursday 23rd to Saturday 25th April, with qualifying on Thursday, and the two races on Friday and Saturday.

This is an open invitation to all with a suitable car to join us at Spa for this unmissable opportunity.