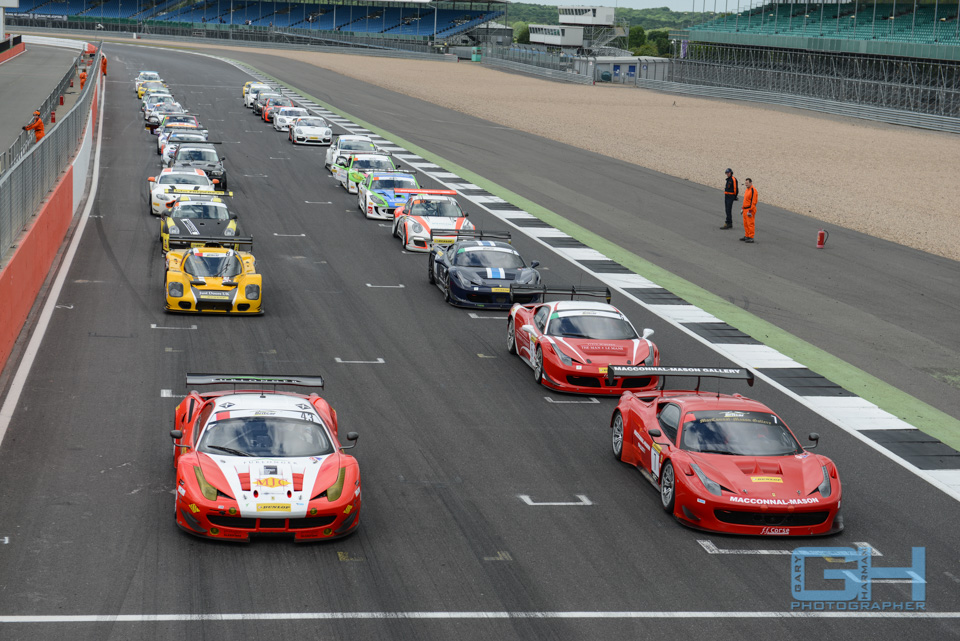 Once again the Silverstone International circuit has proved to be popular with competitors in the Dunlop Britcar Endurance Championship, attracting a record entry for the second year running.

But it’s not just the attraction of racing on an iconic circuit, it’s as much as – or more – to do with the innovative tweaking of the race format and category structure by the Britcar management that has drawn in some serious race machinery, in what looks to be an ultra-competitive season ahead. Gone are the Sprint and Endurance categories, and gone are the split 50-minute and tw0-hour races, all competitors are now in the same pair of one-hour races. This reflects the appetite for racing specialised racing machines over a slightly shorter distance, to which Britcar has reacted, whilst broadly retaining the five-class structure, with some adjustments to the top and bottom ends of Classes 1, 2 and 3, ensuring fairer equalisation.

This new format has changed the complexion of the entry somewhat, too. The Ginetta G55s, mainstay of Class 3 over the last few years and a serious overall title contender, are missing, at least from this opening round, and in their place will be a phalanx of Porsches, whilst previously thin-on-the-ground Classes 1 and 2 are now awash with array of 13 Supercars, with BMW, Ferrari, Lamborghini, McLaren, Praga, Saker and Taranis represented.

But it’s not all about the Supercars – the competition is just as intense amongst the lower-powered contingent; indeed last year’s overall champions, Sarah Moore and Matt Greenwood, in a Tockwith Motorsport Ginetta G50, came out of Class 4. Seventeen year-old Matt has moved on for 2019, and this year Sarah will coach and nurture the precocious teenage talent of Moh Ritson. A raft of hot hatches and Touring Cars make up Classes 4 and 5, many to the internationally recognised Touring car regulations, with the Team Brit Aston Martin being an interloper, enabling the driving and engineering squad of disabled former UK servicemen and women to realise their dream of eventually taking on the Le Mans 24hrs.

So, Britcar has moved with the current flavour of the market, as reflected by the unprecedented 36-car entry for this opening round, and there’s no make-weights here; experienced amateurs complemented by seasoned professionals, all in superbly prepared cars. This is going to be so competitive, and is promising to be potentially Britcar’s best-ever season.