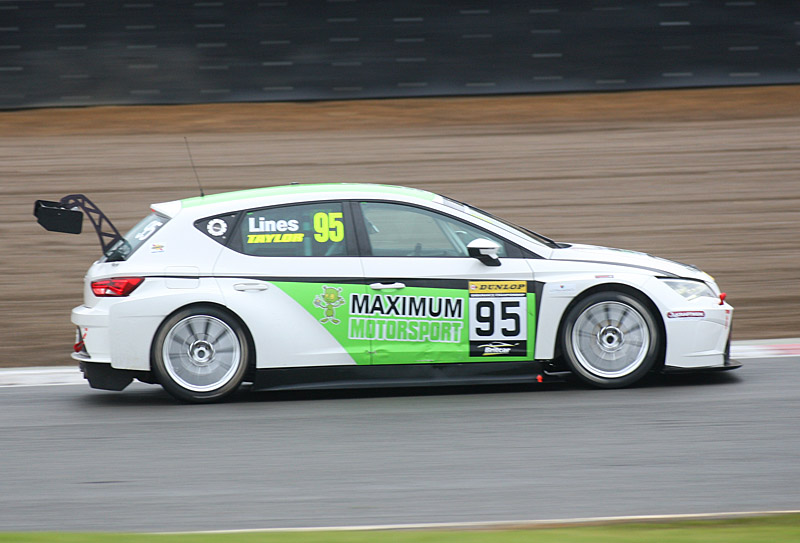 Maximum Motorsport are pleased to announce their entry for Britcar this weekend Rockingham in their Seat Cupra car. After some toe-in-the-water Britcar Sprint races last year, where former BTCC pilot Stewart Lines joked that he needed a co-driver to mount a serious assault on the races, Lines will be joined for the longer Endurance event by current Touring Car star Adam Morgan, who, after three sensational opening rounds at Brands Hatch last weekend, is riding high in third place in the BTCC standings.

The endurance format is a significant change for Morgan, who is relishing the challenge: "I’m an out and out sprint racer so Endurance racing is something new to me and learning how to pace myself and look after the tyres will be a new challenge, especially at Rockingham which is a high degradation tyre track. I am really looking forward to trying a new and different aspect of racing this weekend in the Britcar Championship – I am very grateful to Stewart and Dunlop for the opportunity, and look forward to racing with him this weekend."

Lines, a man in the vanguard of the new production-based tintop movement, is planning upgrades to the Seat Cupra, and is looking towards a successful weekend in the highly-competitive Class 4 of the championship with his new co-driver; "I am looking forward to racing alongside Adam this weekend – this will be its last outing as a DSG car before it gets a major upgrade to the latest sequential gearbox and it would be great to go out on a winning note".