Changes at the Top after Busy Oulton 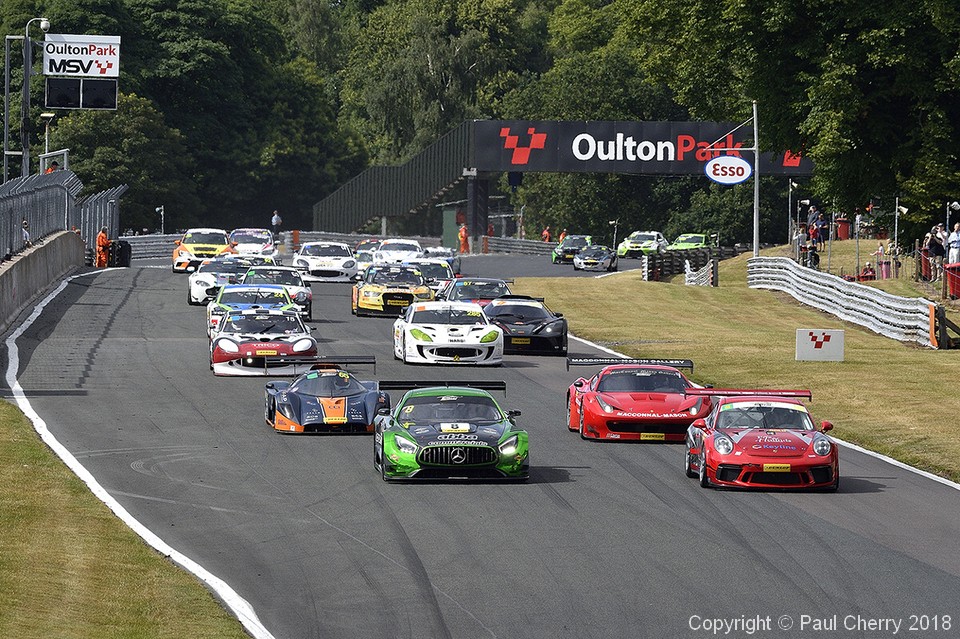 Significant changes in the Britcar points status have occurred following the mixed fortunes of some runners in the last rounds at Oulton Park.

Heading the Sprint category now is Richard Neary; he’s had a clean sweep of Sprint wins in the Team Abba Racing Mercedes GT3, but the points for pole and fastest lap have gone to Ross Wylie, sharing David Mason’s FF Corse-run Ferrari 458, who move up to second in the standings, just five points ahead of new third-place pairing Jon Watt and Kristian Prosser, who put in a stunning performance in the Moss Motorsport BMW M3 last time out, and now top the Class 4 table. Tim Docker’s VW Golf still heads Class 5, despite scoring badly at Oulton Park, whilst the "A" division of the newly-split Class 2 has the Porsche of Michael Igoe and Adam Wilcox at the top. Some late-starters to the season have been impressive but need to play catch-up on the points, significantly the Saker of Alan Purbrick/David Brise, teenage duo Ed Moore/Marmaduke Hall in the Tockwith Ginetta G50, and the Porsche of Marcus Fothergill/Dave Benett.

The Endurance category of the Championship is dominated by Classes 3 and 4, and solid performances by teenager Matt Greenwood and mentor Sarah Moore in the Tockwith Ginetta G50 have taken them to the head of the Overall and Class 4 points table,11 points ahead of Class 3 frontrunners Simon Rudd and Tom Barley’s Team Hard Ginetta G55. Moving up to third in the standings, after an emotional win at their home track of Oulton Park, are Mike McCollum and Sean Cooper, in the stunning Track Focused KTM X-Bow coupe, while a poor-scoring weekend sees previous overall leaders Stewart Lines/Adam Morgan/Mat Jackson, in the Maximum Motorsport SEAT Cupra fall back to fourth place, just three points in front of Adam Hatfield/Darron Lewis in another Team Hard Ginetta G55.