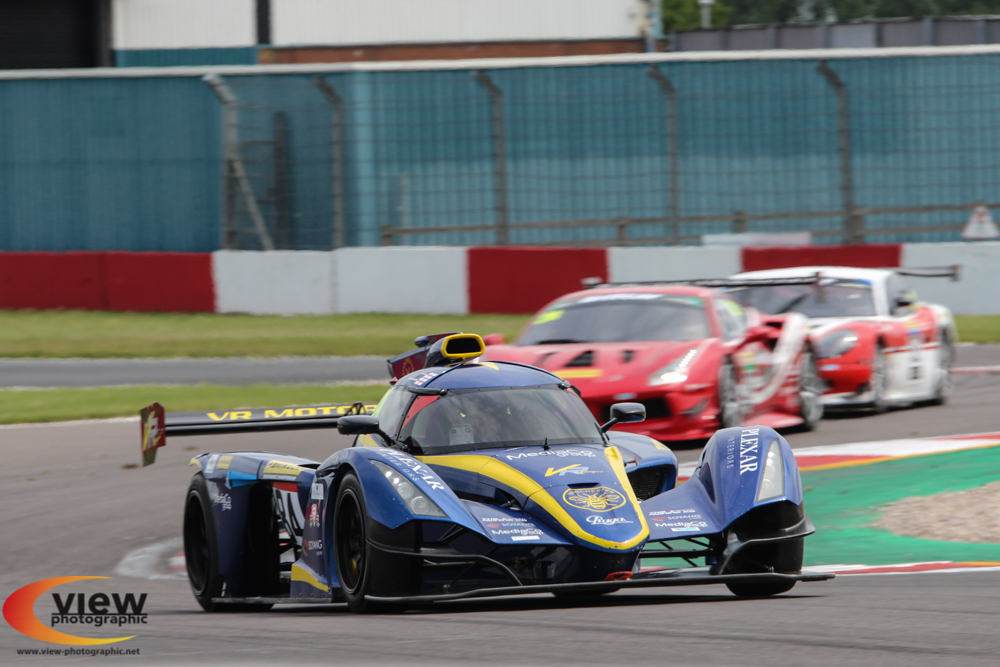 All credit to Vincent Randall’s VR Motorsport squad – they made the long journey from Scotland to every round, and were in the hunt right from the get-go with the stunning Praga R1T. Randall had a considerable pool of driving talent to call upon, and sportscar multi-champion Tim Gray served notice of intent at the opening Silverstone round, and Al Boulton and Grant Williams continued in the same vein. It wasn’t all plain sailing through the year though, minor glitches occasionally halted progress, though the team’s fears that certain circuits and certain conditions wouldn’t suit the lightweight aero machine went largely unfounded, thanks to the three drivers’ consummate skill, particularly in cutting through traffic. Gray’s stellar lone-drive in the closing two-hour night race at Brands Hatch was thwarted only by a late Safety Car period. The Class title, and fourth overall in the standings, top-off a fine first year for the team. The two JPR Motorsport Sakers proved to be the regular competition for the Praga, with Chris Hart starring in the green car shared with Steve Harris, though Paul Rose’s black machine, shared with son Kristian, endured several issues through the season. Jonny MacGregor, partnered by Ben Sharich in the unique Taranis, was always well-placed, and took an overall win along the way.