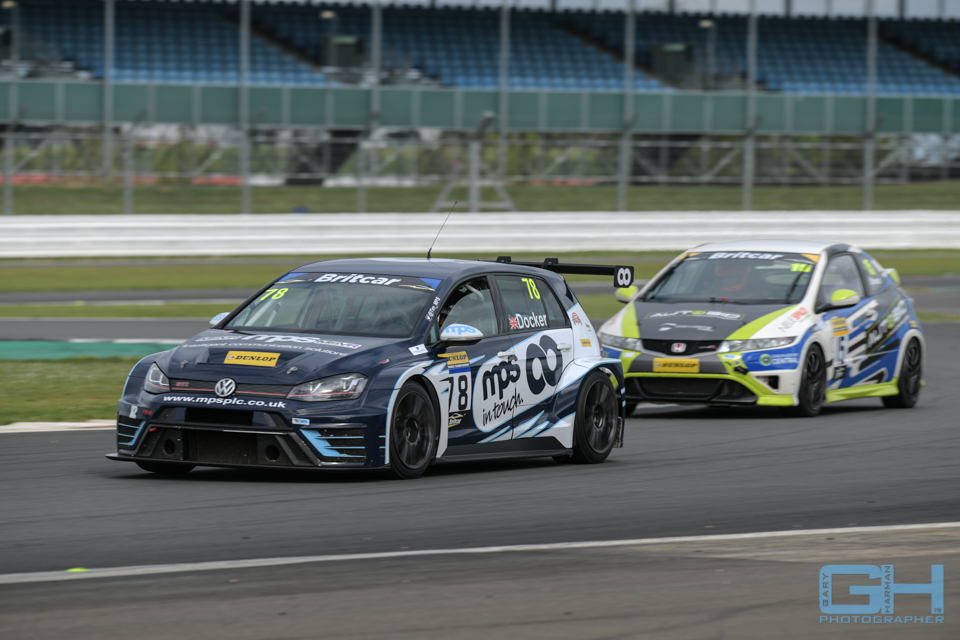 Tim was vying for the overall title as the season progressed, but by the final rounds, it became clear that, having scored in every single round, he would have to drop a score, and settle for the Class 4 crown, and overall runner-up. He had a tough fight in the most competitive, and numerous, class in the championship, and in the early season had to give best to a number of different class winners, notably team boss Stewart Lines, Richard and Sam Neary’s BMW M3, and Sam Alpass in another M3. Tim took a couple of mid-season wins in the Maximum Motorsport VW Golf, but then a nemesis appeared in the form of Paul Calladine and Graham Roberts in the EDF-run Ginetta G50. Random wins by Guy Colclough/Max Coates in a SEAT Cupra, and the Cayman of Mike Price/Petere Erceg didn’t help his cause, and he had to employ all of his "last lap lunge" expertise to stay in the hunt. Aided sometimes by exercising his single-driver status when an early Safety Car appeared, and by his well-honed physical and mental stamina, his was probably the hardest-fought class title of the lot, and even in the very last round stablemates Nick Halstead and Jamie Stanley showed no respect for team orders, taking the class win. Nevertheless, it was a magnificent feat that he nearly made it to the overall title.