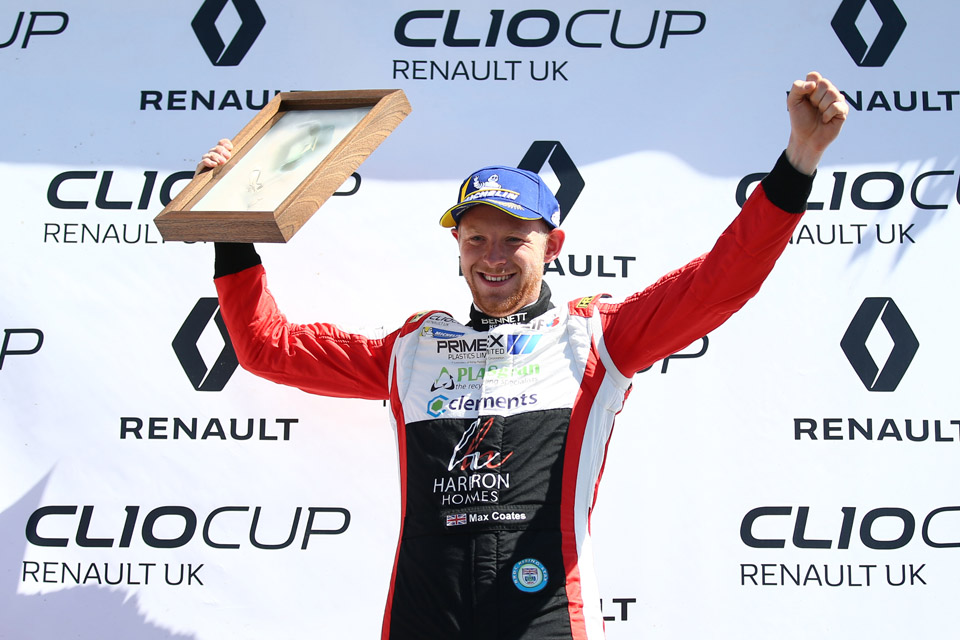 The SEAT V3 machine is proving a worthy asset in endurance racing; DAT Racing’s Guy Colclough has already taken an overall win in the 750MC Enduro series, and has been dovetailing his campaign with outings in the Sprint category of the Dunlop Britcar Endurance Championship. In his two outings as a lone driver so far, a podium finish has eluded him, but this coming weekend at Snetterton, things could change for the IT software guru and trackday innovator, as he moves up to the longer, gruelling races of the Endurance category of the Championship, and has recruited a rather handy co-driver.

Rising UK star and current Clio Cup frontrunner Max Coates will be joining the fray and looking to add to his considerable trophy collection. He is clearly relishing the prospect of long-distance racing, as he explains: "I’m really excited to be racing in the Britcar Endurance Series event at Snetterton with DAT Racing next weekend. This will only be my second endurance car race and hopefully, the start of many. I’m looking forward to working with my good friend Adam Goulding again, who ran me very successfully in the Clio Cup season at Ciceley Motorsport. Adam is a brilliant engineer and is one of the leading front wheel drive specialists in the UK. I’m sure we will be able to replicate the success we enjoyed when we last worked alongside each other. I’ve had two tests with Guy and the team during which I’ve completed a number of laps in the car. The big surprise was the braking and the amazing ABS brakes. These brakes took a little bit of getting used to as it’s not something I’ve raced with before. Britcar is all about high quality endurance racing and we are excited to be stepping up to the challenge of the longer event. After all – it’s what our car is built for! The team is really looking forward to the challenge of the enduro race next weekend after competing in the sprint races for the last two meetings. I have no doubt that the DAT team will have a highly competitive car on track next weekend and we are all look forward to seeing our Britcar friends at Snetterton. Please pop into the garage and say hi and have a bacon buttie with us!"

Racing in Class 4 of the category, the SEAT will be sharing the track with a raft of more powerful machinery, but the vagaries of endurance racing imply that a class win, or even an overall podium, could be on the cards for this newly-formed partnership.