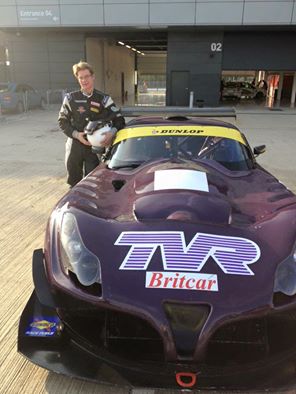 Britcar Endurance although, not responsible for the 2015 Championships, would like to congratulate Steve Glynn from Glynn Sport/Topcats Racing for winning the Britcar Trophy Championship in his amazing TVR Sagaris.

Steve had a few issues at the beginning of the season but came back with some amazing results including some outright wins to clinch the Championship from Darrelle Wilson of DW Racing in his diesel VW Scirocco and Britcar Endurance Director Rob Hedley in one of James Tucker’s V8 Chevrolet CR8’s. Early championship leader Peter Challis of Arrowpak in his Porsche 997 GT3 slipped back to 4th overall after a unfortunate crash during heavy rain at Snetterton earlier in the year.

Well done to all the Britcar Trophy competitors who provided entertaining racing throughout the year.