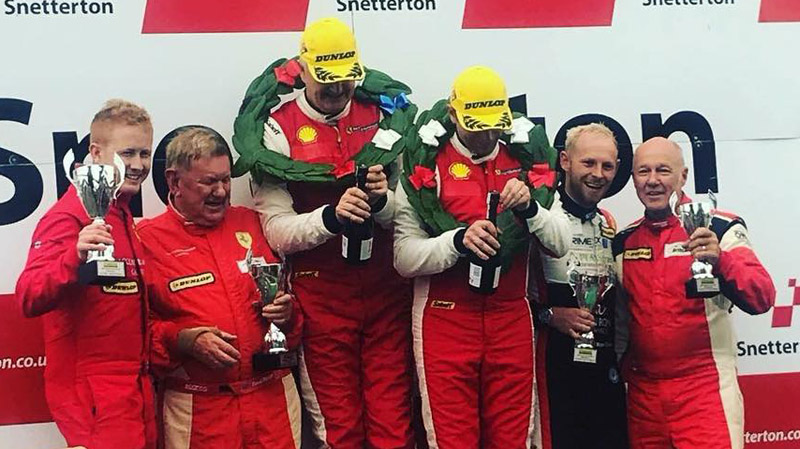 DAT Racing is finally delighted to be able to confirm its entry for the 2019 Britcar Championship. A rather unfortunate skiing accident left Guy Colclough with a badly shattered right femur broken in four places. Now fighting fit and just back in the car, the team has now been able to commit to the series with new support from Paul Sheard Racing and Nick Bailey.

Picking up on the successes of 2018, Guy will be joined by Max Coates for most of the series. Unfortunately, there will be a couple of clashes with Max’s 2019 Renault UK Clio Cup series meaning Guy may drive at a couple of events on his own.

Guy and Max will continue to run a standard 2017 SEAT DSG TCR car supported by Nana Jan’s, The Chippy at Broken Cross and Nowell & Richard Insurance as its main sponsors.

This year the car will be run by Paul Sheard Racing from Congleton. Although Paul is best known for his work with Mazdas, Paul and his team have a wealth of racing experience at this level of motorsports and with this type of car. The car will be engineered by Nick Bailey who has a wealth of motor sports experience working with the likes of Ciceley Motorsport, Speedworks Motorsport and United Autosports at a senior level.

"I am absolutely thrilled to be back in the car and able to race again with Max. It’s been a dismal 10 weeks recovering from my silly ski accident but now the leg is healed, we can look forward to the summer racing and have some fun, fun, fun. We really enjoyed joining the Britcar family last year and the team learnt a lot about the car in 2018." said Guy Colclough, Team Principal.

Max Coates also commented, "I’m really looking forward to a full campaign in Britcar alongside Guy, he really progressed in our two race meetings together last year at Snetterton and Silverstone, an overall podium was evidence of that. I’m excited to work with Paul and Nick too, both have a tremendous amount of experience that I am sure both Guy and I will learn from. The SEAT DSG TCR is an awesome car to drive, it instills confidence in the driver and I’m sure we will be a competitive package with a huge smile on our faces!"