Doran Ready to Step Up to Britcar with SlideSports 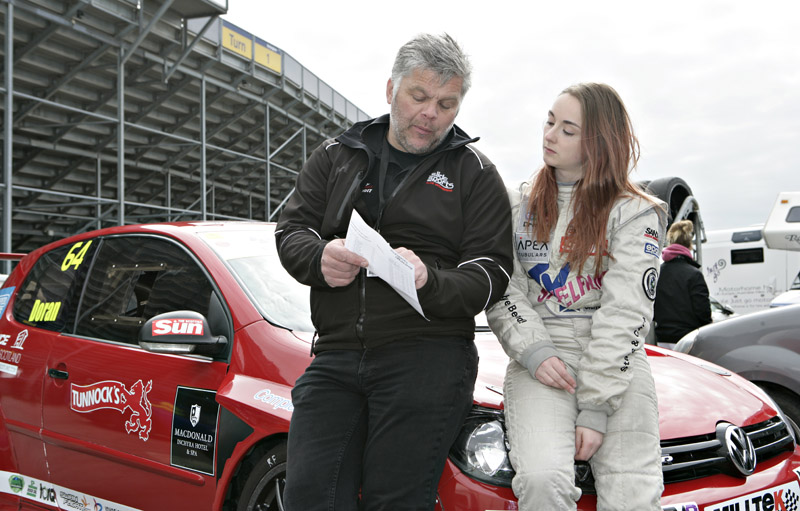 Rising racer Christie Doran is making the move up to the Britcar Endurance Championship for 2018. The young Scot has agreed a deal to drive a MkVI Golf for championship newcomers SlideSports Race Engineering.

The two have been together for the past three years in the VAG Trophy, where Christie was a class race winner. She also came third in the class title race in 2016 and 2017. SlideSports have proven themselves in paddocks across the world – winning the GT Cup, VW Racing and VAG Trophy, as well as winning their class in endurance events in the Middle East and America. They also made their debut in the Porsche Carrera Cup last year.

Christie Doran: "It all happened very quickly. After a couple of excellent years in the VAG Trophy, I wanted a change, but I also wanted to stay with SlideSports if I could because I have learned so much from them. I had a couple of options but then I spoke to the Britcar organisers at the Autosport Show. They were really welcoming and enthusiastic and I can see the championship growing. I spoke to SlideSports and they were excited by the challenge. The paddock is full of talented drivers so it will be tough but I can’t wait to get started."

SlideSports’ Mark Jenkins: "We are massively pleased to have her back. Continuity is the key to any success and we have done some excellent development work together. We also get on really well.
We have had some highs and some lows but her recovery has been good every time. To recover from a crash, from a push or a mistake is tricky but Christie has done that. I believe this is the right step for her. By entering the sprint events, it unlocks a way into the longer races as well. Christie has proven her competitiveness in sprint racing, but endurance provides a different set of challenges. It is a good move for her and we are delighted it will be with us."