Racing CV: Callum joined Brentwood Karting Academy in 2012/13 successfully winning the Rising Star Driver award, securing second place in his very first Championship, before progressing into competitive karting as an independent driver.
After an extended run on the highly competitive Ginetta scholarship, and being one of the top 10 finalists in 2015, Callum’s significant potential was recognised and he was signed by Team HARD in November 2015 as their young development driver. The innovative driver development programme is a forward thinking succession and mentoring programme launched by Team HARD, an elite group both founded and managed by BTCC driver Tony Gilham.
In 2016, Callum competed in the BRSCC Fiesta Junior Championship driving the Fiesta ST 2000 race car provided by Jamsport Racing, a Northampton based team with proven race credentials. With determination and commitment, Callum’s season concluded with 6 podium finishes; a race win from pole position leading ‘lights to flag’ at Anglesey; numerous fastest laps and a new 2016 lap record at Castle Combe.

Why did you choose Britcar? After a successful first season in the BRSCC Fiesta Junior Championship, I had a number of options available in both Junior and Senior Championships. After considering all options, and taking on board feedback from others, I decided that I was ready for the challenges that a Senior Championship would offer. The Britcar Endurance Championship offers great opportunities for personal growth including the change from sprint racing to endurance racing; working in partnership with my team driver and the chance to drive the fantastic rear wheel drive Ginetta G55. This growing Championship will give me the chance to build my own profile and driving credentials and support my aspirations to move into the British GT Championship next season. 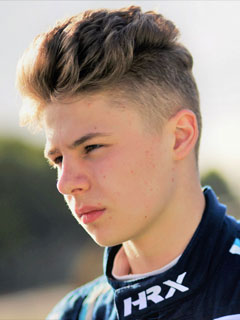