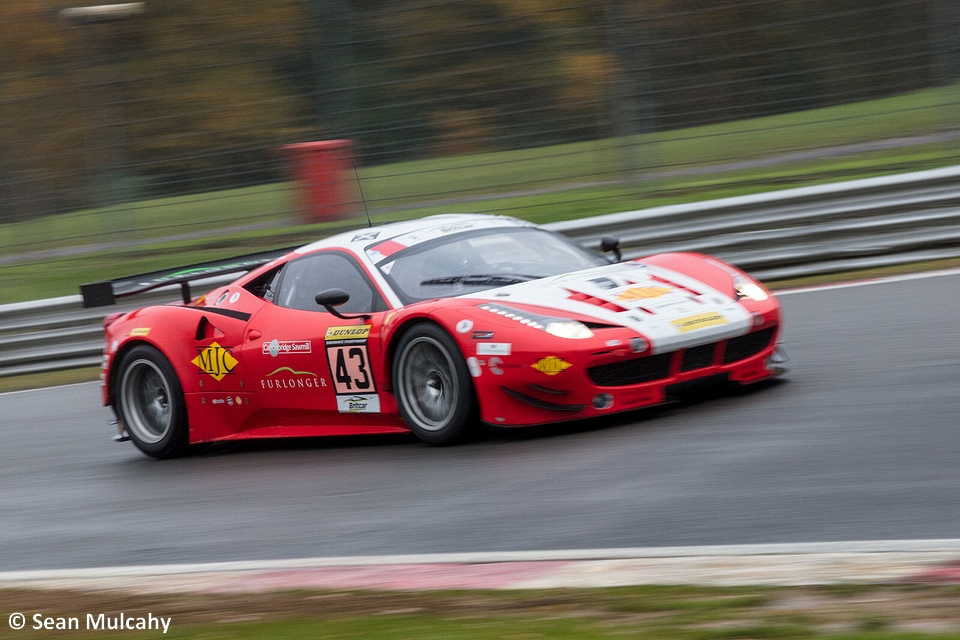 In the #43 Ferrari 458 GTE, run by MJC/Furlonger, the overall winners of the 2017 Dunlop Endurance Championship were Witt Gamski and Ross Wylie. The title was only decided in the final round at Brands Hatch, with the first evening’s night race in particularly challenging conditions. Class wins in both races, plus additional points from fastest laps, left them 19 points clear of chasing team Darron Lewis, Tom Knight and Adam Shepherd in one of the TeamHARD Ginettas.

Witt Gamski is managing director of commercial property building and refurbishing specialists MJC, a company founded more than 30 years ago and boasting such high profile clients as Legal & General, BMW, Axa and Tuffnells.

From Dumfries, 26 year old professional driver Ross Wylie landed his fourth British title with the Britcar win. Ross has also raced in British GT, Carrera Cup and the Volkswagen UK Racing Cup, having begun his racing career in karts. Of their win, he said “It was done against the odds in many respects as we didn’t collect the maximum points awarded towards the outright title unlike our main title rivals. Additionally, I missed two races mid-season due to my Porsche Carrera Cup commitments. So, all in all, I’m over the moon in what has been achieved in my first year racing the Ferrari!”.