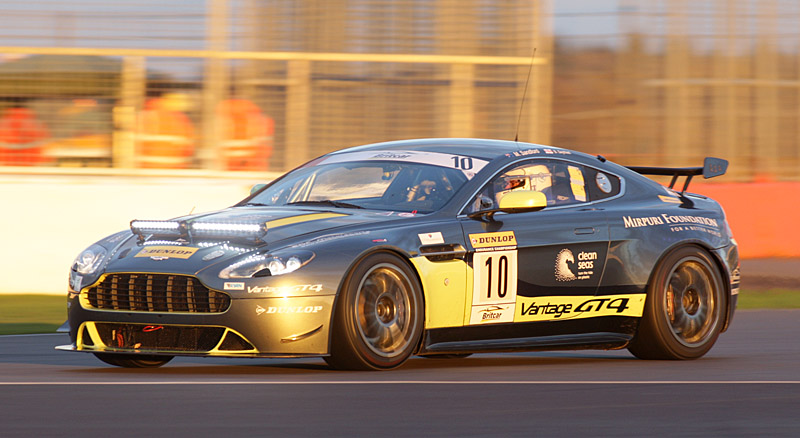 EDF Motorsports, along with drivers Mal Sandford and Ben Seyfried are pleased to announce that they are entering the Britcar Endurance Championship for 2018 with the GT4 Aston Martin Vantage. Team Owner Eddie Farrow said, "Its great to be back in the Britcar Paddock – even with a lot of new faces its friendlier than ever. Claire and Rob are doing a fantastic job of rejuvenating the Championship and after only 2 years in charge the numbers are still growing. We can only see it going from strength to strength, so much so that we are probably entering a second car, a Ginetta G50, and we already have interested Drivers. So, bring on testing"

EDF had a stand at this year’s Autosport show at the NEC, showing the Aston Vantage they will race again this season. Its Aston Martin’s turn to support the Le Mans 24 hour race this year and EDF will field one of 50 cars for a 50 minute race which promises to be the highlight of their year. The team will join Aston Martin Racing for three days of testing at Portimão before the Britcar season starts in April.

Team manager Eddie Farrow talked about some of their collaborations. Clean Seas are one of the team’s main sponsors; run by the United Nations its a project aimed at cleaning up the world’s oceans. Also on the car is the logo of The Mirpuri Foundation, who run a number of wildlife and environmental projects around the world.