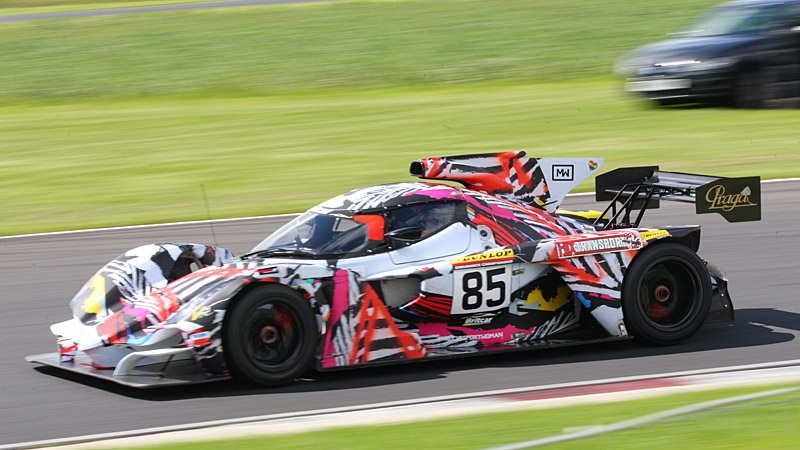 Danny Harrison and Jem Hepworth became the youngest male/female pairing to win a major UK championship, clinching the overall Britcar Endurance title in the VR Motorsport Praga R1T, and sewing up the Class 1 crown in the process. It wasn’t a foregone conclusion though, there were issues along the way, and both often had to fight through the pack, and contend with team mates Jack Fabby and Garry Townsend, who also took wins. Jonny MacGregor and Ben Sharich valiantly took the fight to the Pragas in the unique MacG Racing Taranis, and MacGregor’s superb lone drive in the Snetterton season-closer almost resulted in a win.

Class 2 frontrunners Steve Burgess and Ben Dimmack, in the RAW Motorsport Radical RXC Coupe also took a couple of overall wins, a tricky Silverstone being the highlight, but missed out on the Class title, and the overall runner-up spot, to outgoing champion Paul Bailey; with the Brabham BT62 awaiting essential upgrade parts from Brisbane that were delayed by the global pandemic, Bailey reverted to his 2019 title-winning Ferrari 488, in which former co-champion Andy Schulz, and new co-driver Ross Wylie both played a part during the season, with the SB Race Engineering team making an inspired strategy, and Wylie excelling to secure the class crown in the season finale. Military veterans Martyn Compton and Warren McKinlay had a trying time, but their most successful season yet in the naturally aspirated VR Motorsport Praga R1, and Mike Moss’s BMW 1M was fast but fragile, taking the fight to the class leaders when Andy Schulz was drafted in.

In Class 3, old hands Marcus Fothergill and Dave Benett came out fighting from the opening round in their new Porsche 991, Fothergill showing the brio of his old British GT days 20 years ago. The early season was blighted by getting caught too many times in other people’s accidents, but their solid performances later in the season earned them the Class title. Usual stalwarts Mark and Peter Cunningham made only sporadic appearances in their Porsche 997, and Mark’s fast starts saw him trouble the more powerful cars, while Colin Sowter’s Ferrari 488 took a win in his only appearance at Brands Hatch.

Class 4 was the most competitive, and it was the Reflex Racing Ligier JS2-R of Marcus Vivian and Luke Davenport that took class honours, though this was a points-acrruing process, and they were just one of many class winners through the season. Nathan Wells’ BMW M3 didn’t reappear after a mid-season engine blow-up, and the similar machine of Jonathan Evans/Tom Bradshaw regularly headed the pack but didn’t always win, while pro-driver Sean Doyle and Irish saloon champion Nicole Drought, learning her way around British circuits, were early-season favourites in the Valluga Porsche Cayman 981; they took the runner-up spot in the standings, ahead of the EDF Motorsport SEAT Cupra of Ash Woodman and Martin Byford, which was capable of some giant-killing moments during Byford’s stints. Lone driver Peter Erceg put in some solid performances in his Cayman, while the Team BRIT Aston Martin Vantage was a revelation, Bobby Trundley’s autism positively inspiring some courageous performances, supported by wheelchair-bound Aaron Morgan. New team Newbarn Racing were on a learning curve, the totally new squad campaigning a former road-going Jaguar F-Type for Callum and Adam Thompson; they had their problems along the way, but never lost their spirit.