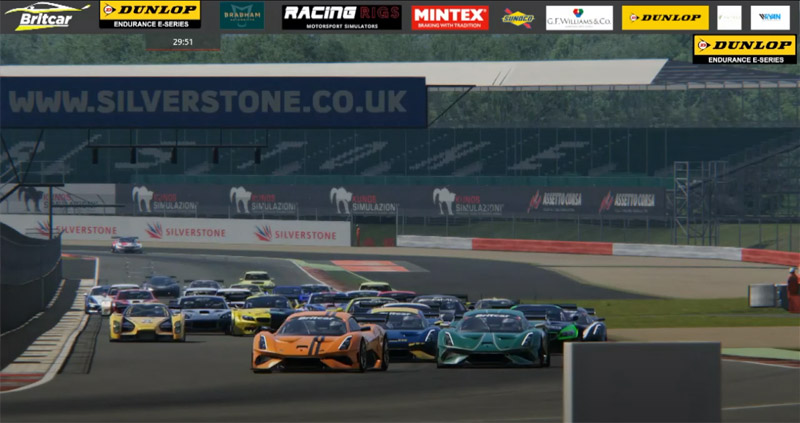 The Britcar eSeries goes into it’s penultimate round on the Silverstone GP circuit on Thursday evening, and once again there will be four Brabham BT62S on the grid. As is usual now, the Brabham Automotive team have secured a star "name" for their squad, and former F1 pilot, and current Sky TV GP pundit Karun Chandok joins the squad, alongside David Brabham’s nephew Matt Brabham. With David stepping aside to perform a reserve role, the Motus One BT62s will be driven by team boss Will Powell and Ross Wylie, who can boast a serious amount of mileage in the real-life BT62 as the organisation’s development driver, as well as been a former Britcar champion, and a frontrunner in the 2020 championship. David Brabham is enthused by this latest line-up, saying "We have some new and exciting drivers for the next Britcar Dunlop Endurance E Series race, I will be making way for my nephew Matt Brabham, a multiple champion in the USA and who has competed at in the Indy 500. He joins India’s very own ex F1 driver and Sky F1 presenter Karun Chandhok, Karun was a teammate of mine in the 2012 World Endurance Championship racing for JRM team in P1. They are really looking forward to racing the BT62 on the Silverstone GP Circuit, I know it will be tough but they will be pushing to get another E Series win."

Trying their best to beat the Brabhams will be the regular MacG Racing Glickenhaus machines of Isaac Raine and Ben Sharich, Alex Day in his Mercedes AMG GT3, and new entrant Alain Berg in a VR Motorsport Praga R1T.

In Class 2, it’s been win after win for Charles Rainford in his Ginetta G55, usually split from twin-brother James’s SEAT by the G55 of real-life Radical champion Shane Stoney’s G55, while the closest and most exciting battles in the race have again been between Ginettas and SEATs – sisters Sarah and Jemma Moore exhibiting competitive family values in their G55s while going head-to-head with the squabbling TCR machines of US multiple champion Shields Bergstrom and "kerbmeister" Max Coates.