Focus on Trophy for Silverstone 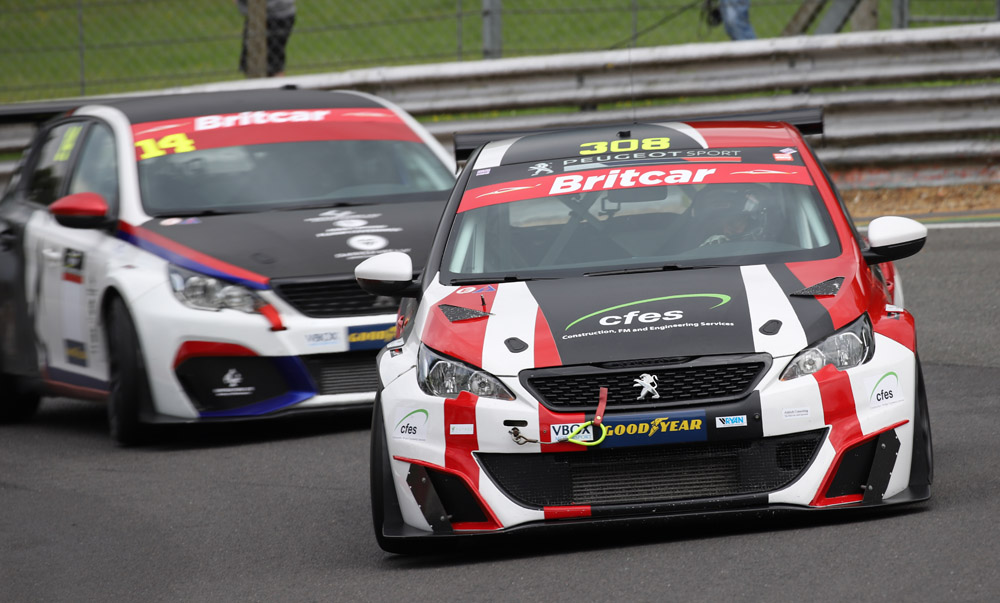 The Trophy Championship has taken on a new complexion from mid-season, with some new competitors coming into play, and some regulars coming into form. The points table, though, reflects the old guard; in Class 1 (and overall), the Woodrow BMW 1-Series of SImon Baker, shared variously with Ollie Reuben or Kevin Clarke, tops the points after a double win at Brands Hatch, with Mark Lee second in his Ginetta G56A. These two face considerable opposition though, from late-season joiners Steve Rothery and Terry Stephens in a pair of Peugeot 308s, the Ginetta G56A of Axel Van Nederveen/ Adriano Medeiros, and Jonny MacGregor/Josh Tomlinson in the MacG Racing Mazda RX8.

In Class 2, by dint of some solid and reliable runs, lone driver Richard Higgins in the County Classics Porsche 996 trails the overall title chase by just two points, and heads the second-place Ramen Racing Ginetta G40 of Peter Spano and Andrew Bentley, who have seen a return to form in the last couple of races, by 31 points, with young chargers Andy Mollison and Ryan Firth, in an endurance-spec Renault Clio, now being realistic challengers too.

Jamie Vinnal-Meyer and Steve Griffiths dominated Class 3 in their open-top Ginetta G20 in the early-season races; they still head the class points despite a recent dip in form, and the competition behind them is more getting serious but dispersed, with the Alfa Romeo Giulia of Barry McMahon/ Paul Plant (allegedly still in limp mode), and the Steven Chandler/Andy Wheatley VW Golf both taking wins at the last rounds.

The Clio class is now really competitive, with father and son duo Steve and Aaron Thompson third in the overall standings, though self-admittedly concerned over their pit-stop performance, and they hold a tenuous lead over the two Westbourne Motors cars, with fluid driver line-ups that include members of the racing Colburn family, plus James Black and Sarah Franklin, which are on equal points, and the Spires Motorsport machine, in the hands of Anton Spires and an inspired Darren Geeraerts.