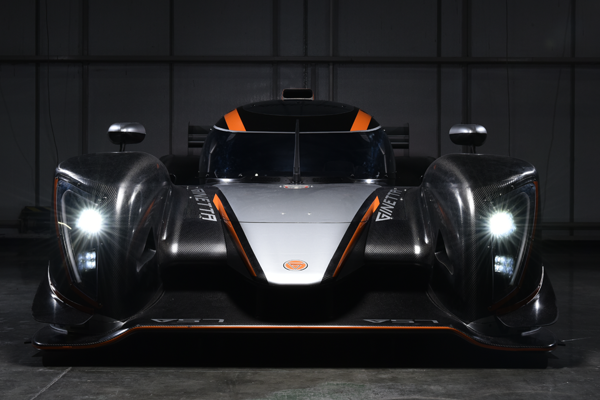 Ginetta can today (03/03/2016) confirm the UK race debut for the newly-launched Ginetta G57 will be as part of the Dunlop Prototype Series, organised by Britcar Endurance.

No less than four Ginetta Prototypes will appear as part of the new-for-2016 series, which was launched in the wake of the Ginetta G57 unveiling at Autosport International earlier this year. Taking in circuits such as Silverstone, Donington Park, Snetterton and Spa Francorchamps, it provides the ideal platform for it to break cover.

Ewan Baldry, Ginetta Technical Director; “The Britcar Protoype Series is the ideal place to run the Ginetta G57 during its inaugural UK race programme. The circuits are ideal for the car, and the series itself fits incredibly well with the racing ethos we have here at Ginetta. Given the car’s specification, it’s sure to be running at the sharp end, and we look forward to getting on track at the first event!”

Claire Hedley, Britcar Managing Director; "We are very pleased with the support Lawrence Tomlinson [Ginetta Chairman] and Ewan Baldry have shown, and are over the moon they are showcasing their G57s at our first race weekend.”

Running in unrestricted form, the G57 is capable of producing a massive 580bhp thanks to its Chevrolet-sourced LS3 6.3-litre V8 powerplant. Add that to a high-downforce body weighing under 900kg, and a price tag of less than £200k, it will be a fearsome competitor on the growing grid.