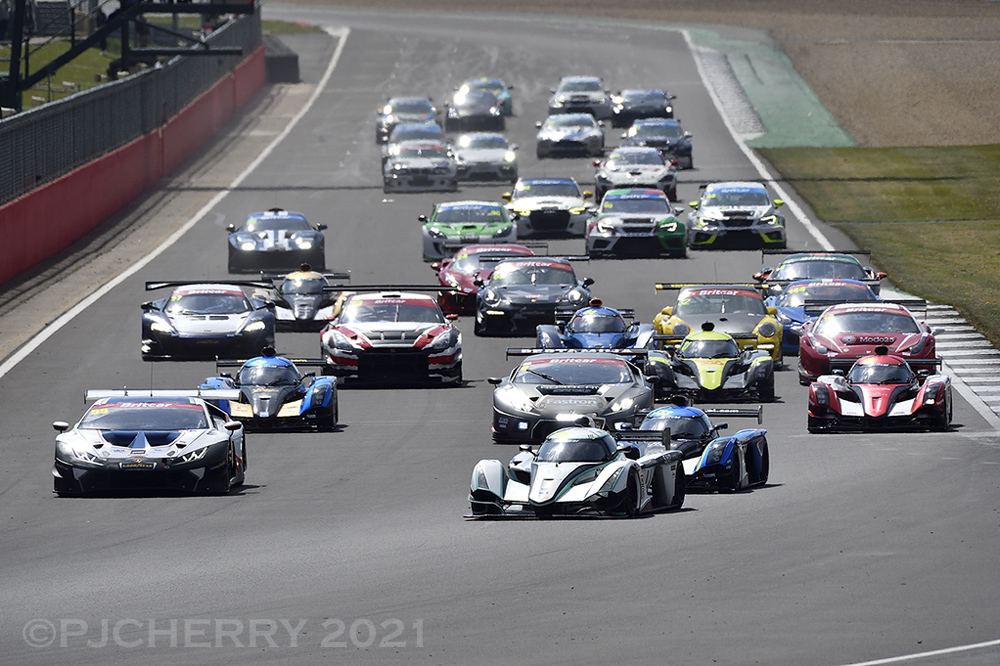 The Britcar Championships head for the glorious Silverstone GP circuit this coming weekend and the lure of racing on the full configuration has proved popular amongst competitors, with a massive grid of over 43 cars for Sunday’s Trophy races, and several returnees boosting the Endurance & Praga grid on the Saturday.

Added to this, the circuit is allowing spectators into the event, and hopefully those eager to return to watching live motorsport will engage in a socially-distanced throng on the spectator banks, giving the air of a mid-summer motorsport festival.

It’s been a while since we had a Trophy race, the tight timetable at Oulton Park couldn’t accommodate four Britcar races, so they will be chomping at the bit to renew rivalries on such an iconic track. They will race in the standard 50-minute format, but the Praga and Endurance contingent will have one 120-minute encounter, a novelty for these current times, and the first time Britcar has run this format for several years.

And this will throw new challenges to the current crop of racers, many of whom have never gone past the hour in a race. At Oulton Park, the circuit topography favoured the Pragas, and on lap times, they locked-out the GT3 machines, but the relatively flat and fast Silverstone GP circuit could see favour returned to the GT cars. A two-hour race, with just one mandatory pit stop, the window of which is from 20-minutes into the race to 20-minutes from the end, and with no driver allowed to do more than 60% of the race, may cause some compromises with refuelling and tyre wear. To many, this may be an unknown quantity, and going all-out, or conservation, may be key as the race progresses, and success could fall into the laps of those well-versed in Endurance racing; take Bonamy Grimes and Johnny Mowlem, who as a partnership have recent experience in the WEC and Le Mans 24hrs, with Mowlem, one of the world’s most experienced sportscar racers, boasting wins and podiums in just about every major international endurance classic – their Class 3 Ferrari 488 could well rise to the top. It’s going to be a true team effort of strategy.

Tickets for this event are available online from the circuit ticket office.