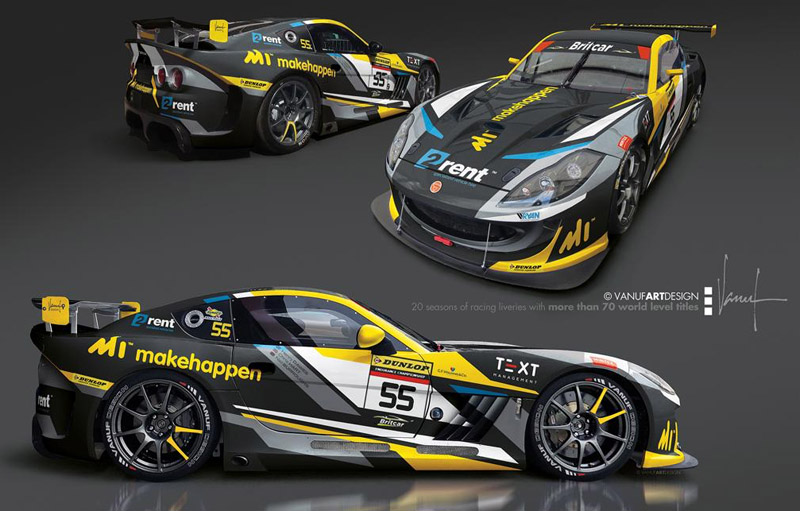 Chris Hart has made his mark in Britcar – succesful forays in a Tracktorque Chevron, and last year, sharing a JPR Saker with Steve Harris – while his best success has been in the Fun Cup, where his triumphs include 2008 World Cup champion, 2018 British Champion and a clean sweep of podium finishes in the last four years. For 2020, Chris will partner fellow Fun Cup racer Steve Walton for a full-season Britcar Endurance campaign in a Ginetta G55. Steve, racing only since 2017, and a regular top-four finisher in Fun Cup, had his first taste of GT Racing last year when he sampled a JPR Saker at a rain-soaked Oulton Park.

The duo, business partners outside of racing, have acquired the 2015 title-winning Ginetta Challenge machine driven by Tom Ingram, and have uprated it to GT4 specification in their own workshop at Makehappen Racing, a story that Chris takes up: "We have only so far done a shake down a few weeks ago, so Croft will be its first outing. We are both delighted to be back out in the Britcar paddock this year and Steve is looking forward to a new challenge and racing with slicks for the first time. Our Sponsors are Makehappen Group, 2 Rent and FNS all of which are businesses within the group of companies of which Steve and myself are co-owners. The car is in a striking livery similar to the new Funcup livery".

It certainly looks good, and with two pilots schooled in endurance racing, should go well too. Britcar welcomes this new team.