It’s the Final Countdown in the Run-up to Snetterton 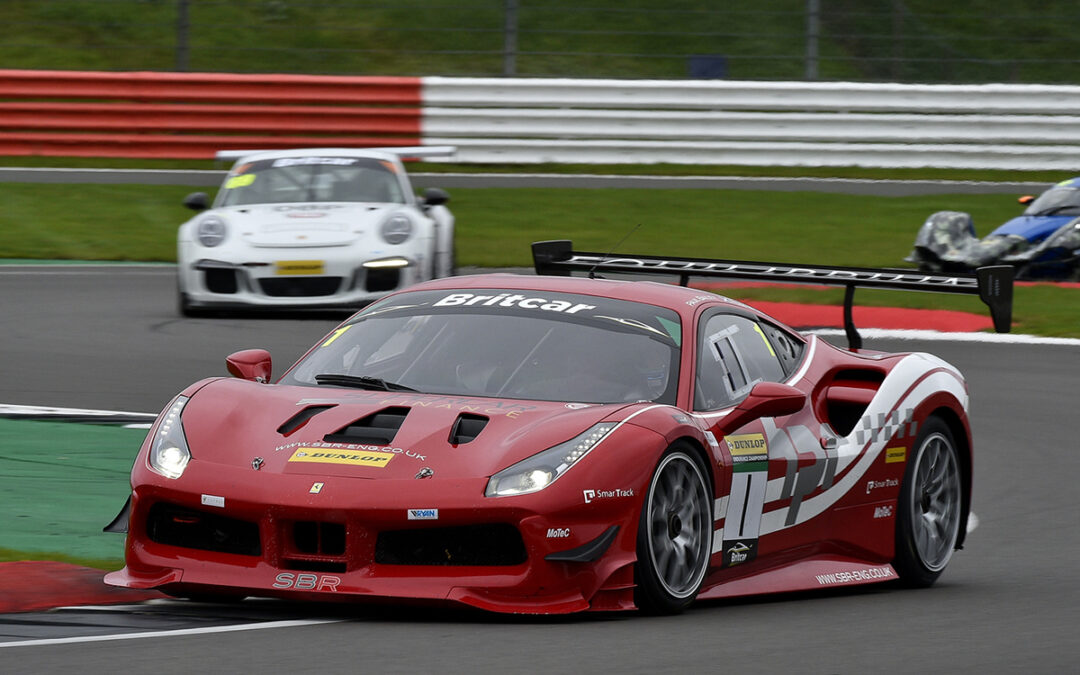 The final event of the season, and with the "best seven" results counting for the final championship points, both the Endurance and Trophy crowns have several permutations, so we’ll concentrate here on the entry list for the traditional Britcar November finale, though this year we’ll be finishing in the last vestiges of autumnal daylight, and not in darkness.

In the Endurance category, the turbocharged VR Motorsport Pragas of Jack Fabby/Garry Townsend and Danny Harrison/Jem Hepworth have taken most wins, with the three youngsters in the squad full of youthful verve. They head the standings in Class 1, though Jonny MacGregor, in the MacG Racing Taranis, has been fighting back of late, his front row grid slot at Silverstone last time out showing his capabilities. Driving alone this weekend, he will be looking to avoid first-lap shenanigans and be well-placed throughout the race. In Class 2, it has been a season-long battle between the RAW Motorsport Radical Coupe of Steve Burgess/Ben Dimmack, and the SB Race Engineering Ferrari 488 of reigning champion Paul Bailey, and co-driver Ross Wylie, though Andy Schulz, reigning co-champion, has depped for Wylie several times this season, and this weekend could well queer the pitch for his erstwhile team mate, if he repeats his Silverstone performance in the Moss Motorsport BMW 1M, shared with team boss Mike Moss. A testing incident in the naturally-aspirated Praga R1 prevented armed forces veterans Martyn Compton and Warren McKinlay from competing at Silverstone, but they’re back at Snetterton to display the skill and confidence that has made their 2020 season one of well-deserved celebration.

Well-established racers Marcus Fothergill and Dave Benett launched straight into the 2020 season in a new Porsche 991 and with visible renewed vigour, though their early season was blighted by getting caught up in other people’s accidents. Fothergill, particularly, has shown brio redolent of his British GT days two decades ago, and the pairing are on the cusp of claiming the Class 3 title.

Class 4 is the most hotly contested, and fighting for the class title will be the EDF Motorsports SEAT Cupra of Ash Woodman / Martin Byford, and the Valluga Porsche Cayman 718 of Nicole Drought / Sean Doyle. The pro drivers can punch above their weight in these machines, while Woodman is at the top of his game this season, and Irish champion Drought has performed exceptionally whilst getting to grips with circuits that are new to her. It’s not just about these two though – the Ligier JS2-R of Marcus Vivian and comeback-kid Luke Davenport is always well-placed, as is the Porsche Cayman 981 of Peter Erceg, while Bobby Trundley, a regular podium visitor in the Team BRIT Aston Martin Vantage, has Charles Graham as new co-driver for this final event. Dave Scaramanga has Motus One boss Will Powell partnering him in the Ginetta G55, while Newbarn Racing, a completely new team, have made it through to the end of the season with their former road-going Jaguar F-Type, driven by brothers Callum and Adam Thompson. We are delighted to host some Invitation entries, Touring Car Trophy contenders Darelle Wilson and Stewart Lines in the their TCR machines, and Cupra for Jonathan Beeson / George Heley, and entries to be conformed from Valluga and Team Hard. 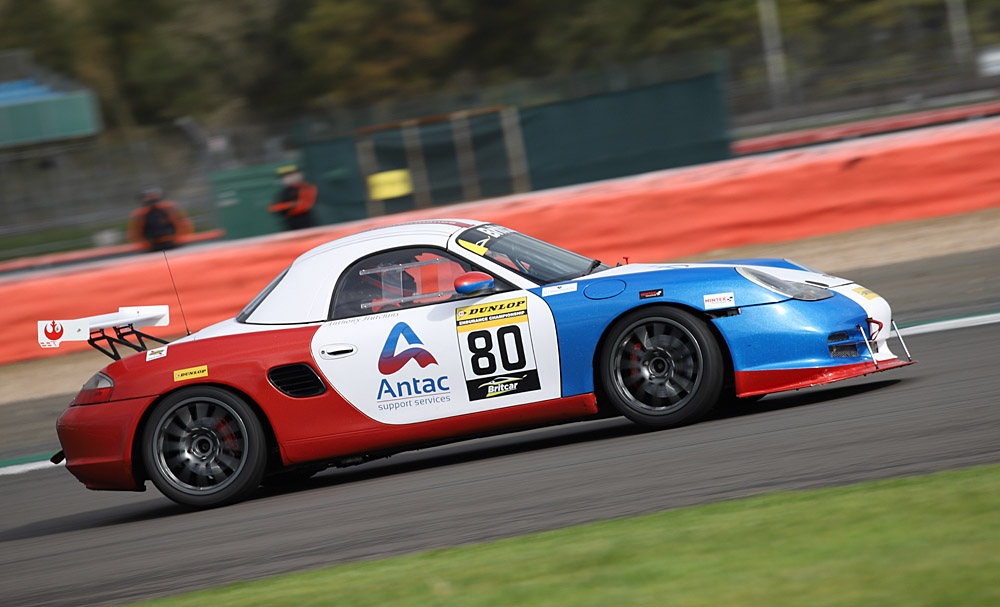 Anthony Hutchins has made a smooth transition from sprint racing

The first season of the new Trophy category has been a resounding success, and Anthony Hutchins has proved a point in his Porsche Boxster, that you have to finish regularly to head the Class 5 standings; the pro-am pairing of Rob Smith and Charlie Campbell in a Peugeot RCZ has shown differences in pace, while it has been feast and famine for Rob Baker’s unique Smart ForFour, shared with Jonathan Packer, an early-season win being tempered by some DNFs. A raft on Invitation entries in Class 5 includes the Honda Integra of Nigel Ainge and Danny Casser, which has winning credentials, and erstwhile points leader Barry McMahon, who saw his runaway tilt at the title drift away when the engine of his Alfa 156 blew a Silverstone; he returns this weekend in a Honda Civic, alongside a trio of VW Scirrocos for Tony Prenderclast, Matthew Evans, and a pairing from the very early days of Britcar, Mark Clynes and Nick Beaumont, whilst there are also entries from Maximum Motorsport, and Ricky Coomber.

Class 6 is intensely fought – Oliver Smith, in the JC Racing BMW M3 is capable of mixing it with the class above, and Brad Kaylor (SEAT Supra), Robert Pugsley (Cayman), and the Vinna Sport Ginetta G40 of Charlotte Birch / Adriano Medeiros have had some great scraps with good, clean racing, while Richard Higgins’ Cayman has always been in the hunt, and Peter Spano has called upon his extensive contact list of pro-drivers to partner him in his Ginetta G40; Ring-meister David Pittard got the phone call for this final round.

Alastair Lindsay looked to be the class act of Class 7, but has suffered a couple of mechanical failures in his Mk 2 Golf, which has put him on the back foot points-wise. Saxon Motorsport stable-mate Johnathan Barrett has taken up the mantle in his BMW 330, and is vying for the class title with father and son duo Steve and Edward Cook in their Honda Civic Type R. Enthusiastic gentleman driver Ivor Mairs will be driving the Paul Sheard-entered Mazda MX5, and the trio of Team BRIT BMW 116s will enjoy an internecine battle, this time their flexible driver pairings featuring Luke Pound/Tom Dorman, Matty Street / Andrew Tucker, whilst joining Paralympian Nerys Pearce in the Invitation entry is regular Aston Martin pilot Aaron Morgan – is this the first pairing of paraplegic drivers? Also racing as an Invitation entry is MacG Racing truckie and paddock favourite Kelly Brabbin, out for an end-of-season treat in her Toyota Celica, while in the Clio class, another father and son pairing, Steve and Aaron Thompson, in their Gen 4 Clio, may be able to wrap-up the class title, though will have to beat Anton Spires and Darren Geeraerts in a similar machine.