Matt Greenwood Buoyant as Britcar Moves On to Silverstone 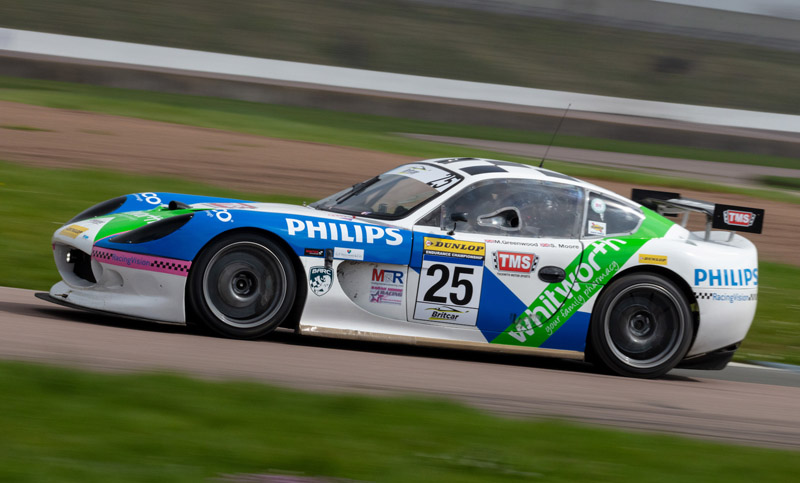 Tockwith Motorsports’ (TMS) Matt Greenwood is back in race action this weekend, as he and team-mate, Sarah Moore, look to build on an excellent start to the season when the pair take to the track at Silverstone for the second-round of the Britcar Dunlop Endurance Championship.

The 16-year-old had a debut to remember at Rockingham Motor Speedway back in April, as he and Sarah guided the TMS Ginetta G50 to first and third-place finishes on Matt’s first senior motor racing start.

Focus now turns towards Silverstone, and Matt is eager to get back in the car and keep the momentum going: "I couldn’t have hoped for better start to the season, and I will be feeding off those results and confidence gained when I take to the track at Silverstone, home of one of the most historic race circuits.

"Sarah and I combined well; we’re a good team and we will look to build on that rapport this weekend."

Matt has been preparing by racking up the laps in the race simulator, learning the circuit, while he has been in the gym to ensure he is in the best possible shape for what will be another gruelling few days.

He added: "The Endurance Championship is tough on the body, so I need to ensure that I am physically and mentally ready for the challenge. Cramming it in between school work and revision for my GCSEs, which start this week, means I have had some late nights – but I am totally committed to the cause."

During a rare window when he wasn’t on the racetrack, in the gym or in the classroom, Matt was invited to Drystone Radio’s studio. He spoke with host, Mark Stone, about the season-opener at Rockingham, as well as his hopes and ambitions for the future.

Matt said: "I have completed a few radio interviews, and they’re always good fun. Being a race driver means I have to assist the media, which I am more than happy to do, especially as they’re all supporting me as well."

The second-round of the Britcar Dunlop Endurance Championship begins on Saturday 12th May.