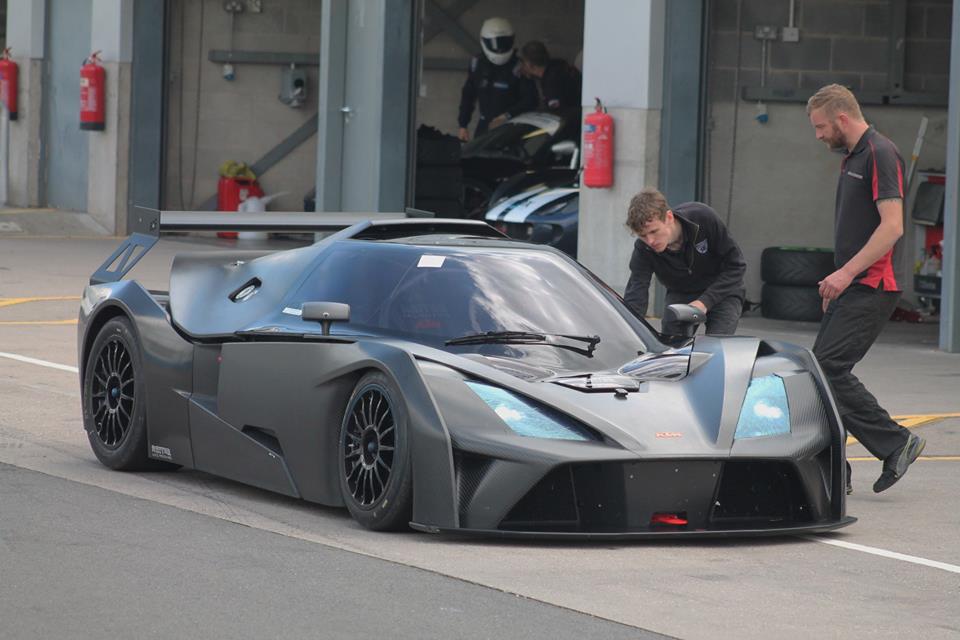 Fun Cup racer Mike McCollum is to debut his brand new KTM X Bow GT4 at Donington Park next month, in the next round of the Britcar Endurance Championship.

The carbon fibre black car had a shakedown at Donington last Thursday, with McCollum and Track Focused’s Sean Cooper at the wheel.

"We have only just got the car from Reiter Engineering, so I hadn’t even sat in it before the test. It’s great to drive, but everything seems to come up a lot quicker. We will probably leave it in the black, as it looks too good to spoil, maybe just add a bit of colour to it," he said.

The car will continue to be run by Track Focused with Cooper again sharing the driving on its race debut.