McMahon Alfa Steps Up to Endurance for 2017 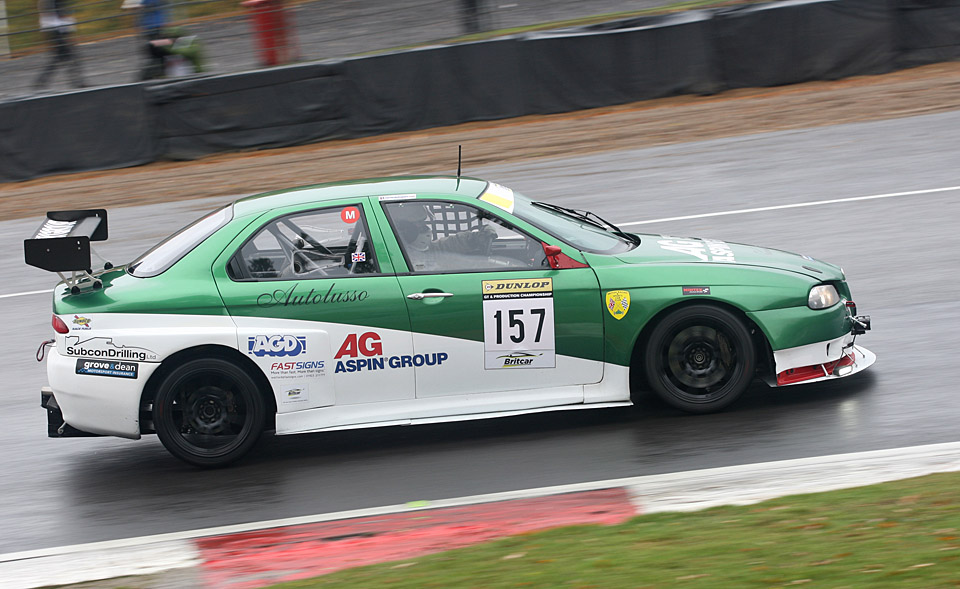 Barry McMahon, the youngest of three racing brothers, has signed up their Advanced Motorsport team to be a part of Britcar Dunlop Endurance’s new season next year, aiming to attend at least 5 of our races.

While keeping to the class 5 Alfa 156 from 2016, the team are moving from GT & Production to Endurance. "Our aim is to take part in a 24 hour race – possibly Barcelona – so I want to see how I cope with longer stints in the car."

Barry started racing in 2009 in BRSCC’s Alfa Championship. No stranger to keeping fit, he is actually taking part in a triathlon just before our Snetterton round in May "and I’m not certain if I’ll be up to a long race so soon after". The other two McMahon brothers, Roger and Arthur, who both live in Ireland, have been competing in a Fiat Punto Abarth in series under National ‘A’ licenses. Britcar Endurance will be an opportunity for all three of the drivers to get used to spending longer in the car without a break, and our night races represent a chance to get used to driving hard in that environment too.

Having got to know him in the Britcar paddock, Barry was complementary towards Chris Murphy’s achievements in his Aston Martin this year. Starting as a rookie, paired with more experience drivers Chris won the GT & Production Championship overall.

Barry is looking forward to the new season. "We really enjoyed it this year", 2017 "should be a lot of fun" he said.