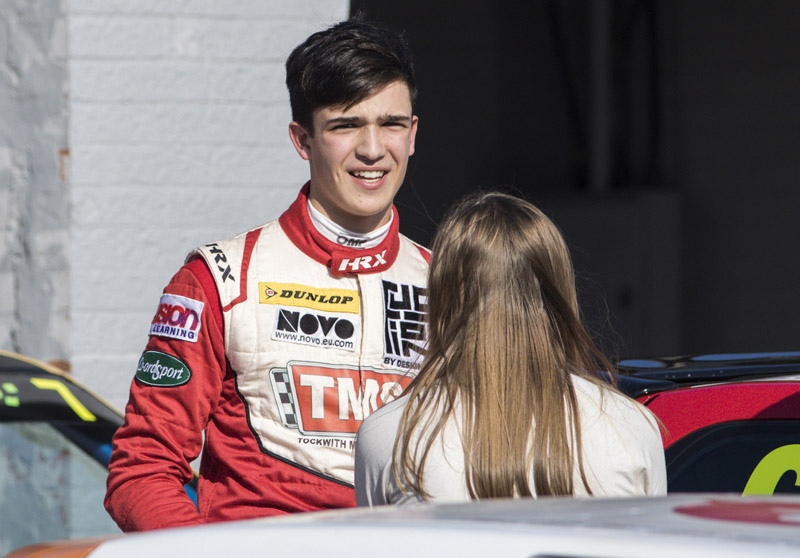 Leeds and Tockwith Motorsports (TMS) driver, Moh Ritson, says he is "as prepared as he can be" ahead of his senior motor racing debut at Silverstone next weekend (30th March), where the 2019 Britcar Dunlop Endurance Championship begins.

The 16-year-old A-level student from Woodhouse Grove School is taking the step up from the BARC Junior Saloon Car Championship to begin a new chapter in his young motor racing career.

He said: "I’m counting down the minutes! I tested the TRICO-liveried Ginetta G50 in Spain, and it was definitely a step-up from the Citroen Saxo I was racing last season. The main difference between the two cars is the increase in power. In the Saxo, I could push as hard I wanted – the car was forgiving; however, in the Ginetta, mistakes are punished, so I need to adapt my driving style to suit the car."

Moh’s first season will certainly be a learning curve, but in team-mate, Sarah Moore, he has the "perfect mentor" as the reigning Britcar champion and first-ever female winner of the competition.

The pair will share driving duties in each of the eight rounds, including an ‘into-the-night’ series finale at Brands Hatch (9th and 10th November), that features two, 60-minute races that include a pit-stop to change drivers and tyres, as well an opportunity to refuel.

Having the support of both the TMS and Moore families, both of whom took Moh under their stewardship after showing a natural talent on the way to the final of the Ginetta Scholarship in 2017, means the young driver is in the best shape possible ahead of his senior debut, "Being part of TMS, a team I have been nurtured by, is going to be vital. I’ve grown-up driving for them, working with the mechanics and even had work experience, so I know how the team conducts its weekends and what to expect. I trust them and I can hit the ground running."

With the current Britcar champion sharing the steering wheel of the title-winning car, Moh would be forgiven for feeling under pressure to replicate the glory of 2018; however, he is thriving under it "Of course, there is pressure to live up to the expectations of last year, but I feel more comfortable knowing that I am with a successful team and driving a winning car alongside a vastly-experienced champion. I hope that mentality will rub off on me, and we can win some silverware this season, whether that be podiums or class wins."

Moh has another strong support infrastructure behind him, with parents, Myles and Nina, along with younger sister, Amaya, joining him at every race weekend to assist with everything from hosting the friends, family and guests of sponsors, networking, to photography and social media.

Le Mans is the ultimate goal, but the hot prospect knows that the on-track results and continued support from his family and TMS – along with crucial sponsors that bring him the financial muscle to compete – will determine which direction his career heads in, "Becoming a racing driver has always been the dream – I never thought it would happen – but both TMS, my family and sponsors – Novo, Co-ord Sport, Premier Martial Arts Leeds, Fusion Learning, Moran Personal Training and Fusion by Design – have allowed me to achieve that goal and I couldn’t be more grateful. I don’t know how I am going to match-up against everyone else, but I put pressure on myself to succeed, and as my family give up weekends, TMS has put its faith in me and the sponsors have committed their hard-earned money to allow me to race, I intend to make them all proud."

Moh will be updating his social media platforms throughout the season and can be followed on Instagram, Facebook, Twitter and Snapchat (mohmoh555). In addition, thanks to a new television deal between Britcar and its broadcast partners, fans will be able to get up-and-close with Moh’s progress throughout 2019.