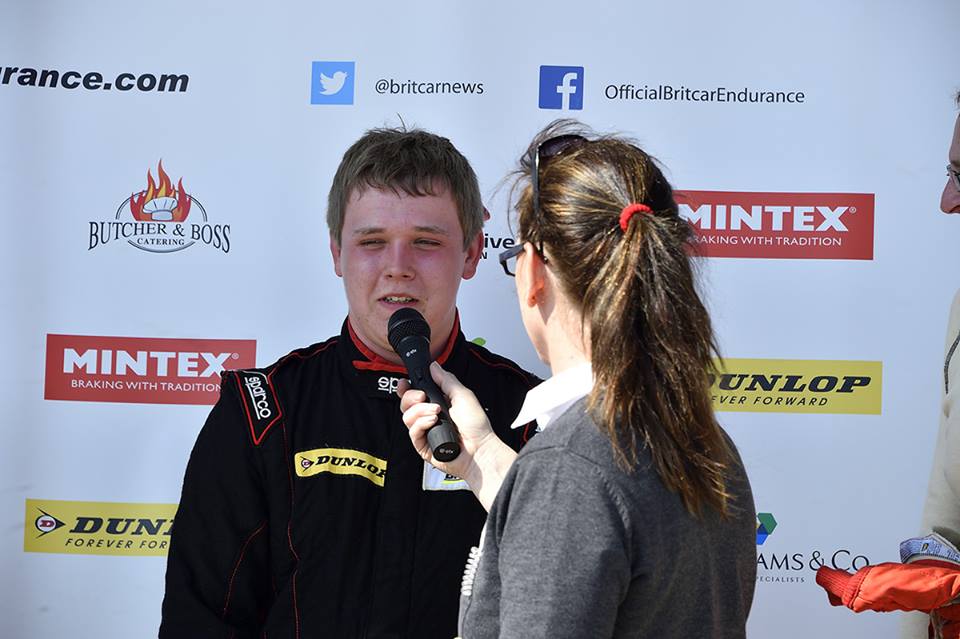 The grid for Race 2, another joint Endurance/Sprint race was set by the Race 1 result, and the Sprint contenders would be flagged off after their 50-minutes of the whole two hours had elapsed.

Once again it was the precocious talent of teenager Eddie Moore that shone through, his Class 4 Tockwith Motorsports Ginetta G50 punching well above it’s weight, and early in the race running as high as sixth overall, mixing it with some serious Class 2 Endurance machinery. Moore went on to take victory, finishing a lap ahead of the G50 of Paul Calladine. The Rick Nevinson/Sean Cooper Porsche Cayman bagged Class 3 honours, with Kevin Riley cautiously racing to the Class 1 win in his Mosler. Class 5 featured a tense battle between the Baker/Swan Smart 4/4 and the VW Golf of Hopkins/Sleigh, with the world’s fastest Smart eventually coming out best. Dave Benett had a good run in the Bespoke Racing Porsche 911, but in Marcus Fothergill’s stint the car coasted to a halt at the start of the pit straight just before the 50-minutes elapsed.