Morgan to Donington for Touring Cars 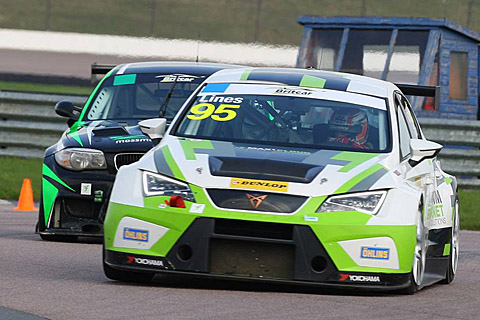 Bouyed by a successful foray in the opening rounds of the Britcar Endurance Championship, BTCC front-runner Adam Morgan will make a welcome return to the championship at Silverstone on May 11th. Sharing the Maximum Motorsport SEAT Cupra with fellow BTCC protagonist Stewart Lines, Morgan bagged a class win and second place in the Rockingham races that opened the Britcar season, vying with the similar machine of BPM Motorsport all through both races. The two teams took a class win apiece, and the Morgan/Lines duo will be looking to come out on top in the pair of races on the glorious Silverstone Grand Prix circuit.

But for the moment, Adam has more immediate work to do; he goes into this coming weekend’s BTCC rounds at Donington Park placed third in the points standings, and will be wanting to maintain his status at the front of the championship. Good Luck Adam, the Britcar fraternity is behind you!