New Seat for Foster and Day 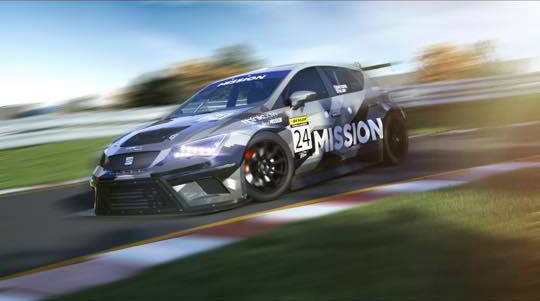 Alex Day was a Britcar regular in 2018, sharing the ex-Rob Austin BTCC Audi A4 "Sherman" with dad Rob (of the redoubtable Day/Phipps pairing in Britcar days of yore), and now Alex is back in Britcar Endurance, with a brand new SEAT TCR-spec machine. The 20-year old Essex driver, who has a successful racing pedigree in Junior Saloons and Ginetta Juniors, will be partnered this season by 25-year old Leeds-based William Foster, who followed a distinguished junior Karting career with success in Ginetta Juniors and Formula Vee.

The duo will be sponsored by Mission and the Day family business Think BDW, and the Essex connection is continued with the car being run by CTR Alfatune, headed by veteran racer/engineer John Clonis. Alex and William are relishing their campaign in the 2020 season, as Alex explains: "The SEAT is effectively brand new, the last one off the production line in 2019, and I have raced in Britcar before – no other Championship is as well organised".

Britcar welcomes Alex and William into the competitive Class 4 of the Dunlop Endurance Championship.