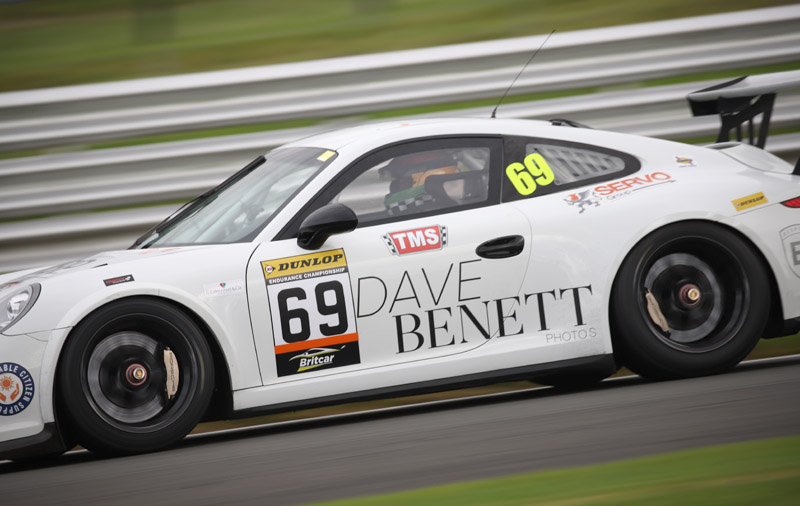 In Britcar Endurance so far this year, discounting a disappointing start in the opening race of the season, it has been the pair of VR Motorsport Praga R1Ts that have taken the top spots, in particular the wrapped "art car" of Danny Harrison and Jem Hepworth, with three wins, while the blue-livered car of Jack Fabby and Garry Townsend has been a close second each time. With this in mind, Jonny MacGregor and Ben Sharich, in the unique and re-fettled MacG Racing Taranis, will have their work cut out in Class 1 – though the parkland circuit, and the early-autumn conditions, may see some of the Class 2 runners to the fore. Ben Dimmack and Steve Burgess in the RAW Motorsport Radical RXC Coupe have seen their season-opening overall victory since tempered by some ill fortune, but reigning champion Paul Bailey, back with new driving partner Ross Wylie today, has been a consistent class front-runner in the Ferrari 488 Challenge, and armed forces veterans Martin Compton and Warren McKinlay are having the best season of the racing careers in the naturally-aspirated version of VR Motorsport Praga R1, while Mike Moss’s BMW 1M always puts in a good performance.

It’s good to see the Saker marque back for the first time this year – Alan Purbrick and David Brise will contest Class 3 against the Porsche 991 of Marcus Fothergill and Dave Benett, with Fothergill, particularly, displaying a renewed spirit redolent of his early career, but the pair have been sadly caught up in other people’s accidents so far.

The hotly-contested Class 4 has seen a revival for the BMW M3, with Jonathan Evans/Tom Bradshaw and lone driver Nathan Wells starring, though the Porsche Cayman of NIcole Drought and Sean Doyle can punch above its weight, while Bobby Trundley and Aaron Morgan are taking the Team BRIT Aston Martin to a new level, unique machines such as the Vivian/Davenport Ligier JS2-R, the Jaguar F-Type of Callum and Adam Thompson, and Tim Docker’s Golf TCR, add flavour to the class.

The Britcar Trophy Championship has got off to a great start, with Barry McMahon’s Alfa 156 proving to be a regular front runner, though the Peugeot RCZ of Charlie Campbell/Rob Smith and the Mazda RX8 of Jonny McGregor and Josh Tomlinson have winning potential too, amongst a number of former one-make protagonists such as Jas Sapra, Anthony Hutchins, Richard Bernard and Robert Pugsley, who are relishing the competitiveness of their new endeavours. Oliver Smith, in the JC Racing BMW M3, has proved his Class 6 machine can take the fight to the Class 5 runners, while Charlotte Birch has the vastly experienced driver coach Adriano Medeiros with her in thew Vinna Sport Ginetta G40, and Brad Kaylor’s SEAT Supra has made its mark in the season so far.

Class 7 sees Saxon Motorsport stablemates Johnathan Barrett (BMW 330) and Alastair Lindsay (VW Golf) vying for honours, and the pair of Team BRIT BMW 116s, with Andrew Tucker and Matty Street as lead drivers, have had an impressive start to the season, while in the separate Clio class, Essex father-and-son duo Steve and Aaron Thompson will uphold honours.