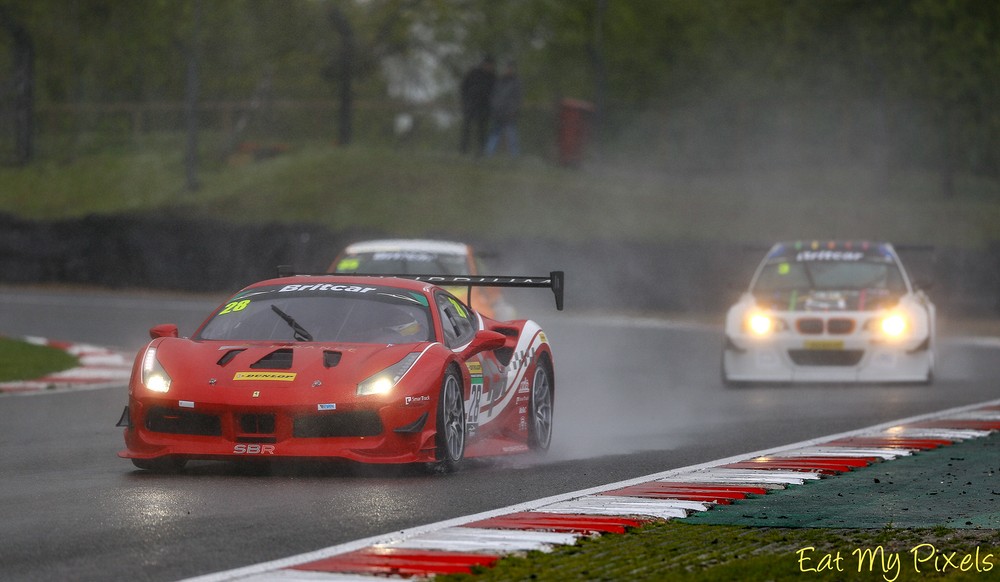 Brands Hatch in May was the pivotal point in Bailey and Schulz’s campaign, driving the SB Race Engineering Ferrari 488 Challenge. Up to then, the duo, reunited after a sabbatical, and back to Britcar after a few years’ break, were fighting for class honours with a group of similar cars that didn’t see the season out. A brace of overall wins at the Kentish circuit, followed by another at Donington, set the scene for a run of class victories, though broken by a DNF, and giving best to the ALP Racing Saker of Alan Purbrick and David Brise in one of the Snetterton races. With the crown in their grasp, the later season saw a massive improvement for the Moss Motorsport BMW 1M, as first Kevin Clarke, then Ollie Hancock, partnered Mike Moss to a quartet of class wins to close the year, challenged the champions-elect, who settled for regular points-scoring to claim the overall and Class 2 crowns. They achieved this by not luck, nor strategy, but a plan. A rigid, structured plan, from which they never wavered all season long. Bailey would start the race, holding steady on a full tank, letting the heroics go on around him, and pit dead-on a watch-setting 24 minutes into the race, handing over to Schulz, who would slice through the field in his own inimitable style. Unable to make use of early Safety Car periods (they came too early or too late in the races), they were in fact stymied by the cautions, far too many times being caught at or near the front of the queue, and losing a lap to the leaders. All in all, a great return to the championship, in a car run expertly by Stuart Bitmead’s SB Race Engineering.

All credit to Vincent Randall’s VR Motorsport squad – they made the long journey from Scotland to every round, and were in the hunt right from the get-go with the stunning Praga R1T. Randall had a considerable pool of talent to call upon, and sportscar multi-champion Tim Gray served notice of intent at the opening Silverstone round, and Al Boulton and Grant Williams continued in the same vein. It wasn’t all plain sailing through the year though, minor glitches occasionally halted progress.