The Motorsport Days Live show at Silverstone last weekend saw the award of VBOX HD2 systems, from Britcar partners RACELOGIC, to the overall winners of both our Endurance and Trophy Championships. Lead photo shows Trophy winners Simon Baker and Ollie Reuben with Jon Holman and Rob Barnett on the RACELOGIC stand; and Will Powell (with the Motus One McLaren behind) with Britcar’s David Hornsey.

To the racing community, RACELOGIC are mostly famous for their self-contained VBOX system – a video and data logger that has proved so popular to all levels of drivers and teams over the 29 years since they formed. But the company are also well known to vehicle manufacturers and testers for multi-channel data logging systems. The use of multi-signal GPS, combined with accelerometers, provides the precise location and motion recording required for accurate analysis of car positioning on track, while the data channels allow for the logging of a wide range of engine, brake and control values that will show exactly what the car – and driver – are doing at any given time during the race.

The face-to-face training sessions they used to hold at their Buckingham headquarters have now ceased but support staff often attend events at race weekends of the series the company have associations with – which of course includes Britcar. They don’t generally bring quanties of product but Eddie Farrow of EDF Motorsports – who ran, amongst others, the #60 Seat of Ashley Woodman and Martin Byford – are RACELOGIC approved dealers and able to supply anything from the RACELOGIC range. EDF can also install RACELOGIC products for you, including sensors and CANBUS connections to bring data into the analysis channels. 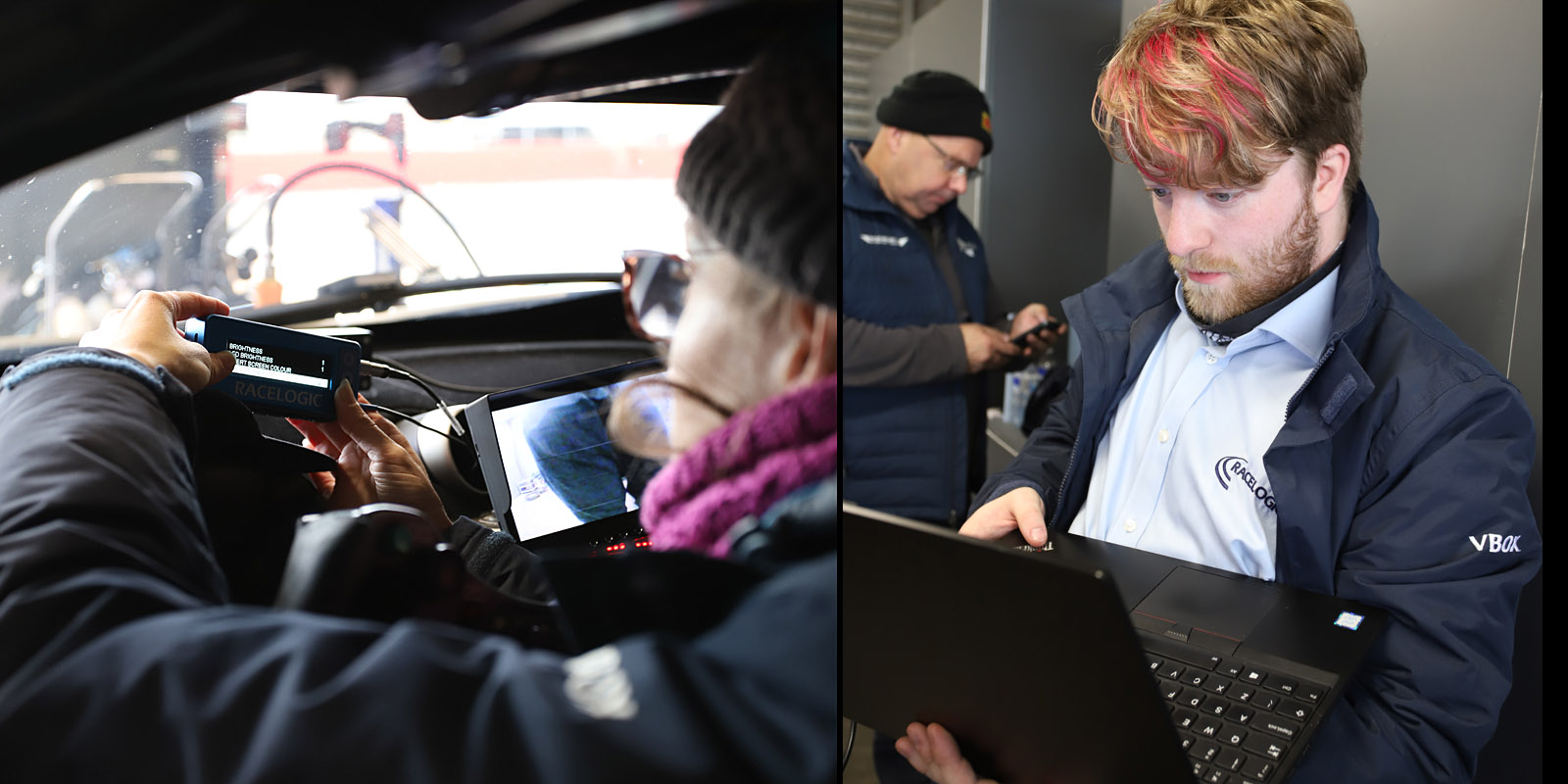 On the Friday test day before our Donington GP races, Britcar spoke to Nico and Deborah from the company. Another RACELOGIC product is their dedicated Pit Lane Timer – as fitted to the Motus One McLaren – which takes the guesswork out of knowing when to release the car from timed pitstops and warns the driver if they are about to exceed the pit lane speed limit – crucial to avoid a penalty.

Look out for the release of their latest product, coming to market shortly. To be called the HD Lite, it’s a remarkably small all-in-one video and data recorder with built-in GPS receiver. Recording at full HD it will offer 8 CAN data channels, so although it may look less impressive than the blue anodised VBOX HD2, its still a very powerful device for those keen to shave a few more tenths off their laptimes.

More Prizes
In addition to the overall winners, prizes from Britcar partners Arcotherm and stand21 went to the teams who finished second and third overall in both Endurance and Trophy categories: