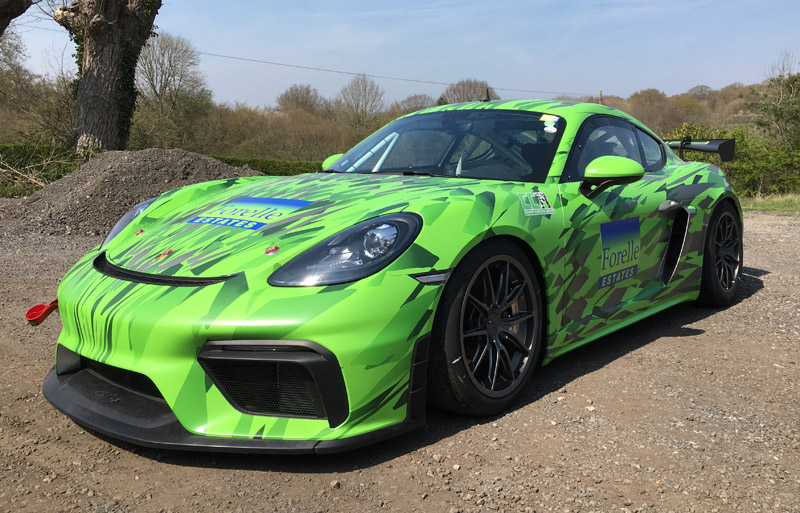 The Maidstone, Kent-based Porsche specialists have been in operation since 2004. Team manager Ian Gorham said "we are returning to competing in Britcar after a near 11-year break, having previously raced in the 2005, 06, 07 & 08 24 hour races at Silverstone, achieving a podium finish and 12th overall in 2007 with a Porsche 968. We also entered several other races including Spa with a class win in difficult conditions. Away from Britcar we have competed in the Porsche Club GB championship for 15 seasons continuously, amassing over 11000 points in the series, securing an overall Team championship and assisting our drivers to win 2 Class and 1 overall drivers championships".

County Classics Racing have dabbled in other championships too. Ian continued "We have also helped our clients campaign 2 Porsche Kremer 935 Typ K3 historic race cars at three Classic LeMans and various CER races Internationally. We have also competed in AMOC intermarque, 750MC Club Enduro & Roadsports, the Dunlop Production Cup (ours being the only non-Porsche race car) and MSV Trackday Championship with great success".

Peter Erceg, born in Auckland, New Zealand and now based in Surbiton Surrey, brings high-level domestic GT4 experience from both British GT (alongside Tiff Needell in 2008) and the Blancpain Endurance Championship in an Aston Martin Vantage.

From his home in the New Forest in Hampshire, Porsche aficionado and commercial property investor Michael Price is a 52-year-old veteran of four seasons of the Porsche Club GB Championship, plus a few rounds of the 750MC Club Enduro.