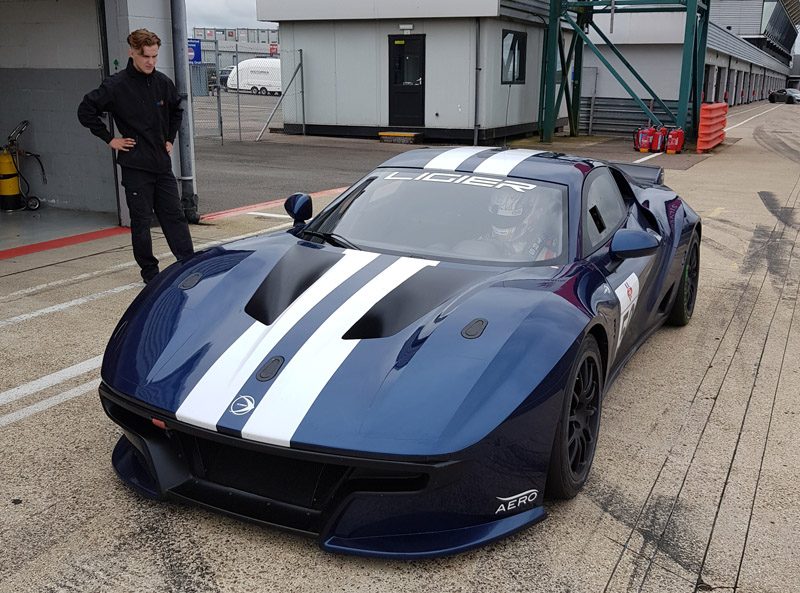 The Britcar Endurance Championship is renowned for entertaining unique and unusual machinery in its racing format, and the late-starting 2020 season proves no exception. Experienced race team Reflex Racing return to Britcar, fielding a Ligier JS2-R for Marcus Vivian and Luke Davenport. The duo has a rich history in various Ginetta championships, and Davenport has had successful seasons in British GT and the BTCC. And there could be more developments from the team later in the season – Reflex Racing team boss Del takes up the story: The car is a Ligier JS2 R and is new, its only history being a demonstration run up the hill at Goodwood, and is the only one in the UK, and the only one racing outside of the Ligier one-make championship.

2020 is an odd but exciting year for Reflex Racing; odd because it’s the first year since 2002 that we will not be present in any of the Ginetta championships, and exciting because we are returning to the welcoming Britcar championship full time with an exciting car in the Ligier JS2-R, and with two competitive drivers and friends in Marcus Vivian and Luke Davenport both, with a race winning race winning pedigree, and the will to add to their tally. Hopefully later in the year we can join the Trophy grid with at least one of our two Ginetta GT5s".

Del calls us "the welcoming Britcar championship". Britcar does indeed welcome Reflex Racing back to the grid.