Return of the MacG Racing Taranis 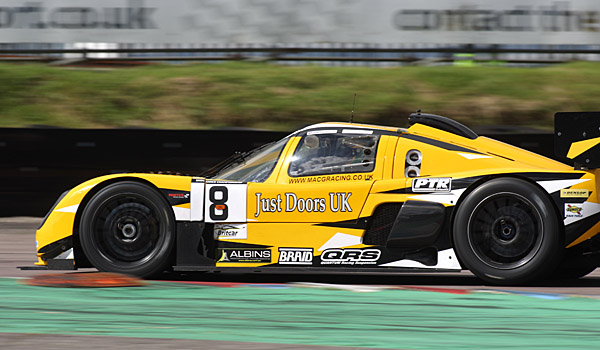 MacG Racing have been keen supporters of the Britcar championships over recent years, and last year team principal Jonny MacGregor enjoyed considerable success in the sprint-based Britcar GT & Production Championship in the self-engineered Taranis, while being stymied by minor issues in the longer Endurance format races. The pace was there, though, and for 2017, Jonny plans a Britcar Endurance campaign in the unique, and now uprated, machine.
Jonny takes up the story: "We have entered the opening round at Silverstone, and I’ll be driving solo. We are focussing on putting on a really good showing, to attract customer drivers, and do the full Championship. The Taranis went well last year, showing good pace and reliability, though we were caught out with a couple of tyre issues, which we have resolved, and there were a couple of areas that we wanted to improve besides that, which we have addressed over the off-season. We have made some changes to the front end over the winter, as well as refining the aero kit, and initial testing has gone well – we have another test scheduled prior to the first round to hone the set-up with the changes we have made".

So, continued development from ace-engineer Jonny, who has injected his technical skill and enthusiasm into the stunning yellow and black masterpiece. What are the expectations then?

"We expect to be able to give the other Class 1 cars a real challenge this year – last year we were there or thereabouts in terms of pace, and with the tweaks made over the winter we should be in a very good position" said Jonny.

Podiums probable, and even a win could be possible. Potential drivers, the queue starts right here!