Showdown – Power in the Darkness 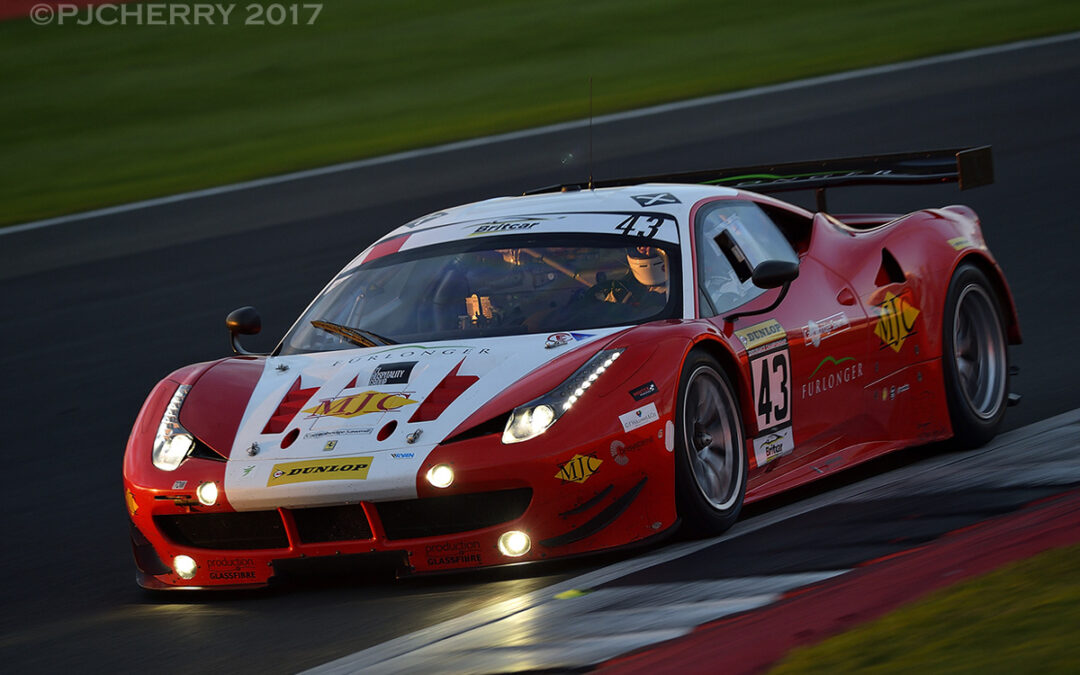 What a sensational end to an exciting season! We’ve been racing since April, it’s the middle of November, and both the Endurance and Sprint category titles will go down to the wire!

In the Endurance category, it won’t just be down to the performance of the main protagonists – in Class 1 there are several curved balls which could influence the outcome for current points leaders Witt Gamski and Ross Wylie in the MJC Furlonger Ferrari 458 GTE. No matter what, they will claim the Class 1 crown at Brands Hatch on Sunday evening, but in the race for the coveted Overall Championship, significant obstacles such as the Radical Coupe of Rob Wheldon and reigning Bikesports champion Stefano Leaney, and the Mosler of Manuel Cintrano and Javier Morcillo will have to be tackled. Lest we forget, Morcillo put in a career-defining performance at this event last year, going wheel to wheel with the title-winning Tockwith Audi to mark a famous victory, and the Radical has proved it has race-winning credentials this season, though perhaps a little thirstier than the Ferrari. Wheldon and Leaney, though, are a little more well-matched in their lap times than the other two class contender pairings, and, racing into the autumn darkness, with the possibility of Safety Cars, anything could happen.

Just one single, solitary, point behind the Ferrari in the overall standings is the Team Hard Ginetta G55 of Simon Rudd and Tom Barley, and only a further two points adrift are stablemates Darron Lewis and Tom Knight. Both cars have brought drivers off the subs bench to assist during the season, but it is this quartet that that yo-yoed in both race order and points standings through the season, and the third part of the Team Hard trinity, teenage sensations Angus Dudley and Callum Hawkins-Row, whilst unlikely to be able to clinch the Class 3 or overall titles, have played a significant part in bringing the championship to the current status with their internecine squabbling. No team orders here – there are, and always have been, three different agendas in the squad.

Class 2 is fairly wrapped-up for Bon Grimes and Johnny Mowlem in the FF Corse Ferrari 458 Challenge – they’ve lacked competition in their class, but they have got to this point with style and skill, taking several overall race wins along the way, beating the Class 1 machines. Similarly, in Class 4 current points leaders Rob Hudson/Adriano Medeiros’ Eureka BMW M3, despite being unlikely to show up for the finale, is unassailable; Geoff Steel team mates Sam Alpass and Clint Bardwell, in a similar, GTR-configured car, can haul a maximum of 29 points at Brands, which falls short of the target. Class 5 is safe too; the Synchro Motorsport team of Honda employees, despite missing several rounds due to 24hr racing commitments, have retained their place at the top of the table, with mainstay Alyn James assisted by Dan Wheeler and Martin Byford through the season in the Honda Civic Type R. 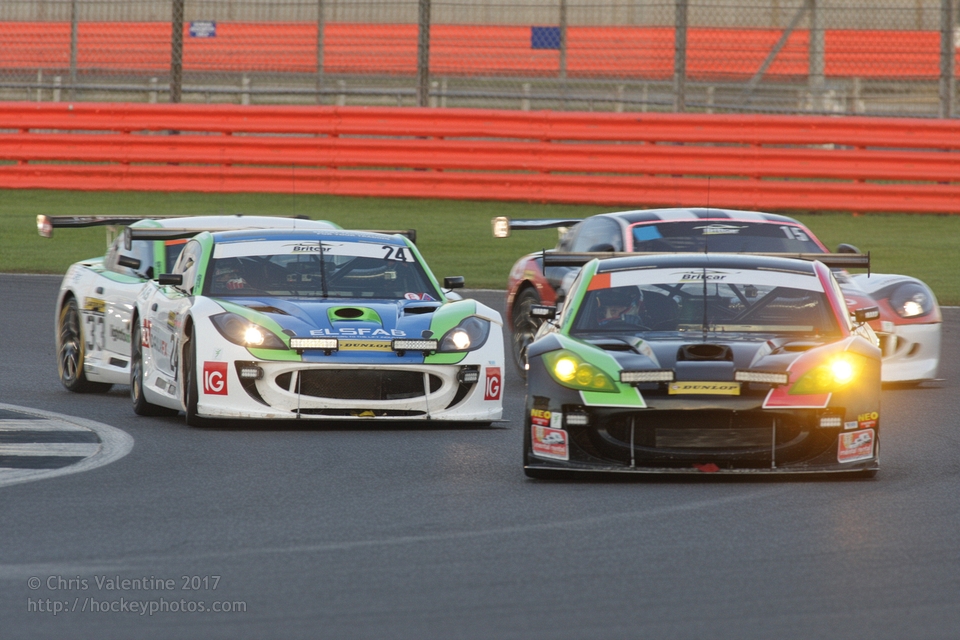 And as if that’s not enough, the Sprint category title goes down to the wire too! An atypical DNF last time out at Silverstone stymied Roland Hopkins and Matt Boyce’s fine run of class podiums. The first-time racers in their self-run VW Golf now trail the Track Focused Porsche Cayman of Brad Nevison/Rick Nevison/Sean Cooper by three points, and there are a number of permutations outside of both team’s remit which could influence the outcome. The Class 3 Cayman is unlikely to be able to claim a full whack of points due to class entries, and the VW Golf will have some significant completion in class – the Smart 4/4 has seen an upturn of fortune now that the precocious talent of Sarah Moore has joined Rob Baker, and the Synchro Honda will be contesting the finale as Sprint runner, all of which leaves the door ajar, if not fully open, for Ed Moore and Marmaduke Hall in the Tockwith Ginetta G50, who are 16 points off the overall lead. They, too, may suffer from the entry-level issue affecting the points, and it depends on the fortunes of others – they’re an outside bet. All of these three, though, should wrap-up their class titles, with Class 1 being safely bagged already by Calum Lockie and David Mason in the FF Corse Ferrari 458 GT3, which more than often has been the overall runaway leader in the opening stint of races.

Power in the darkness – bring it on!!!