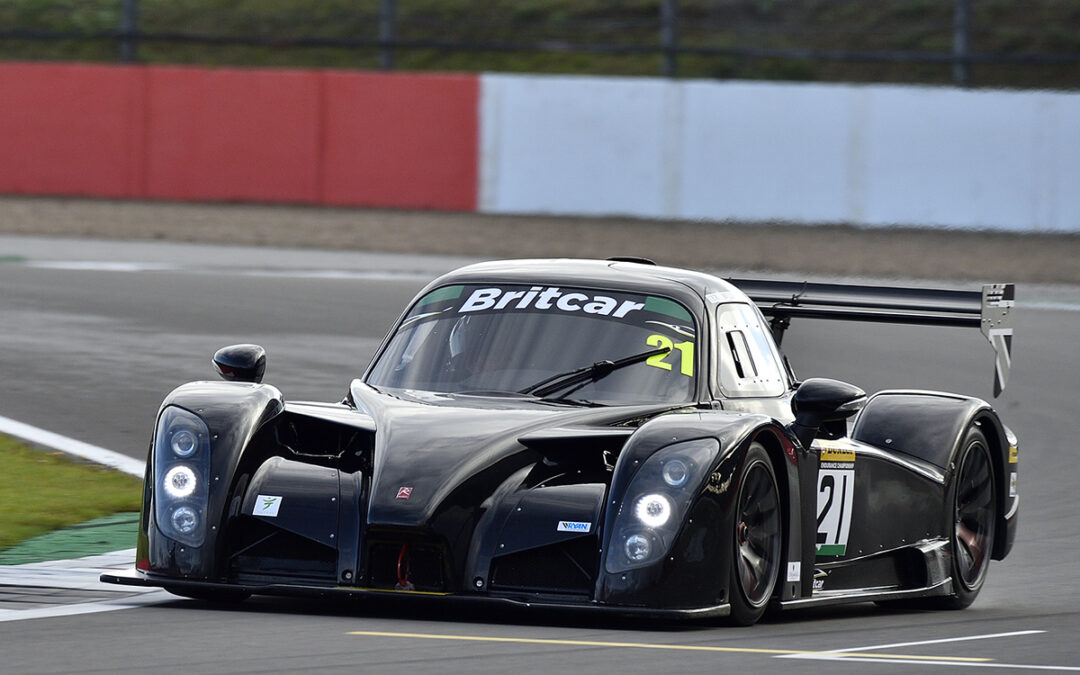 Ben Dimmack and Steve Burgess dominated in Saturday’s second race, trouncing the opposition in the RAW Motorsport Class 2 Radical RXC Coupe, despite niggling worries of a base gasket issue, and a performance which earned Dimmack Britcar’s Driver of the Day award.

Not even the two Pragas could touch the Radical in this race, perhaps a little skittish in the cold and damp late-afternoon conditions compared to the Radical’s heavier footprint, and Dimmack eked out a lead over Jem Hepworth and Garry Townsend which extended to 22 seconds by the time Hepworth pitted to hand the R1T art car to Danny Harrison. Once the pit window had closed, the Radical, now in the hands of Burgess, kept a 16-second gap back to Harrison, who was split from team mate Jack Fabby, now in the blue Praga, by Ross Wylie, taking the second stint in the Ferrari 488 started by Paul Bailey. Fabby got past Wylie eventually, but there was a late race drama as Harrison pitted a noisy #85 Praga with mechanical issues, and with the flag thrown some four minutes early (due to timing constraints), that was it, Dimmack/Burgess, Fabby/Townsend, and Bailey /Wylie.

That’s the top three, but what about the rest?

The Moss/Schulz BMW was wheeled off the grid, with issues that deemed it "unraceable" by engineer Ed Platt, and the early laps saw the resumption of Mark Cunningham’s Porsche and Tom Bradshaw’s BMW M3 dicing for overall position while heading their classes, this time bringing their skirmish up to the rear of Bailey’s Ferrari. Luke Davenport’s Ligier was holding off Ben Sharich in the Taranis, and Lorcan Hanafin was up from the rear of the grid in the Valluga Cayman, challenging Martin Byford’s SEAT.

The pit stop window saw drama for the MacG Racing Taranis; the radiator cap blew when Jonny MacGregor re-started the machine, and eight laps were lost while the issue was sorted. Undaunted, MacGregor carried on to post some respectable lap times before retiring minutes from the end, an altercation with a sausage kerb causing suspension damage and wheel-bearing failure. 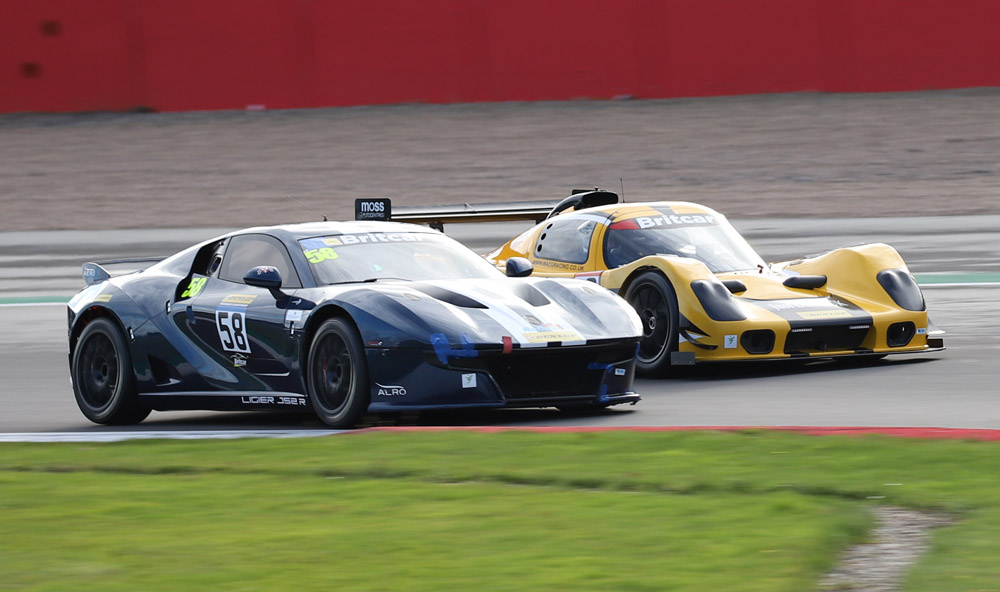 No fuel issues for the Cunninghams this time, Peter capitalising on son Mark’s opening stint to claim the Class 3 win and fourth overall in the SG Racing Porsche 997, while we had a new Class 4 winner, the Reflex Racing Ligier JS2R, after a terrific second stint by Marcus Vivian maintained the front-running performance of Luke Davenport, Vivian’s showing earning him the Sunoco Driver of the Day award. They finished ahead of the Ash Woodman/Martin Byford SEAT, with the final class podium spot taken by the Invitation entry Audi RS3 of Sacha Kakad and Hugo Cook, a great result in their Britcar debut, with youngster Cook delighted to take home a trophy from his first ever event. Team BRIT’s Bobby Trundley and Aaron Morgan were fourth in class, their autistic and paraplegic conditions enhancing rather than challenging success in the Aston Martin Vantage, ahead of the previously class-leading CRH BMW M3, once again thwarted by the thirst for fuel, necessitating an overlong pit stop which placed Jonathan Evans down the order in his stint. Nicole Drought and Lorcan Hanafin were next up in the Valluga Cayman, ahead of Will Powell/Dave Scaramanga in the Motus One Ginetta G55, and Tim Docker’s VW Golf. Dave Benett and Marcus Fothergill split the Class 4 finishers, taking second in Class 3 in the Bespoke Cars Porsche, then a raft of Class 4 invitees – the Borodin/Pead Cayman, the Jones/Taylor SEAT and Mark and Dale Albutt’s Aston Martin headed Peter Erceg’s Cayman, while sadly not making the finish were the BMW M3 of Matthew Sanders/Jack Layton, and the Porsche 997 of Ian Heward and Darelle Wilson.