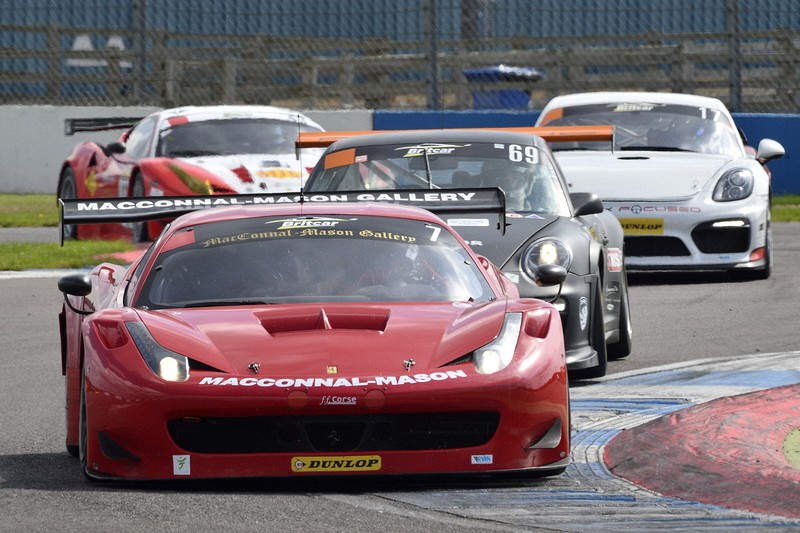 Britcar stalwart David Mason returns for a full season with us in 2018, alongside co-winner of the 2017 Endurance championship Ross Wylie.

David Mason is a previous Britcar overall champion and together with Ross Wylie, the pair will be present at all seven weekends of our calendar driving the same GT3-spec ff Corse-run Ferrari 458 as last year. David is the owner of MacConnal-Mason Gallery with two buildings in Duke Street, St. James’ in London.

"I am delighted to be joining forces with Ross Wylie this year; with 4 championships under his belt his quality and ability are outstanding and suggests a maturity beyond his years".

Wylie, the 26-year-old driver from Thornhill near Dumfries, also competed in the Porsche Carrera Cup last season and finished the year as the overall Britcar Endurance Champion – despite missing two races mid-season. He shared the MJC Furlonger Ferrari 458 GTE alongside Witt Gamski. The win marked his fourth British Championship title success in motorsport.

"I am really excited to be returning to Britcar in 2018 after a successful 2017. I am really looking forward to be driving with David Mason and FF Corse in the 458 GT3 spec car. Both David and the team have a wealth of experience of racing Ferrari and have both proved very successful in the series previously, I am looking forward to working with them and hopefully contributing to their run of success. I can’t wait to get started".