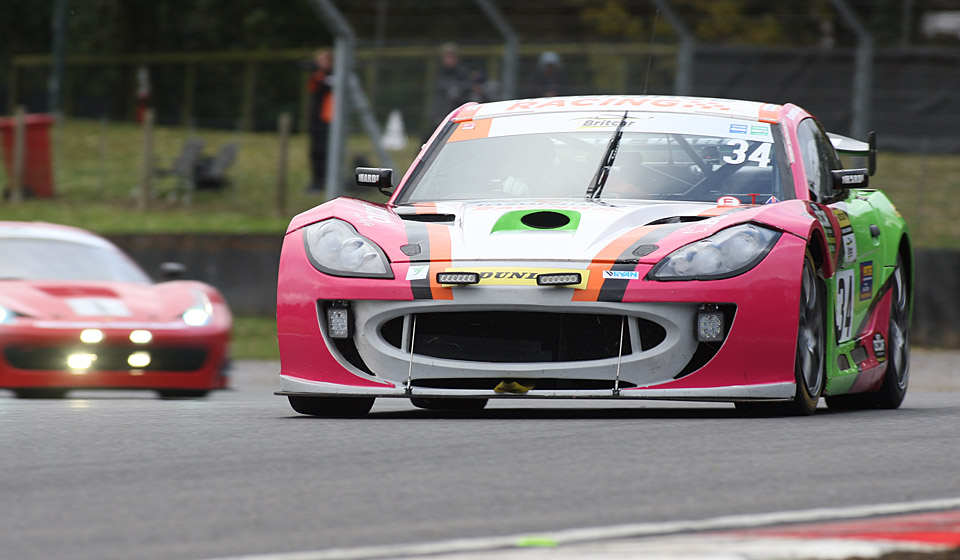 Britcar are very pleased to announce the first TeamHARD pairing in the Dunlop Endurance Championship for 2017. Following a successful début for the team in the recent night race at their local circuit of Brands Hatch in Kent, they have decided that they would like to support the continued growth of our reinvented Britcar Championship into 2017 and beyond – and even more excited to have secured a deal that will see Simon Rudd and Tom Barley pairing up in what they believe will be a very strong partnership.

Team director Tony Gilham said "Simon will be our longest serving driver and entering his 4th consecutive season with us. Simon has developed so much on and off track and no doubt we will see some very strong performances at the wheel of one of our Ginetta G55s. He has matured in to a top racing driver and will be looking to fight for the Championship win."

Simon said "I am really excited to start this new chapter in my career. We had a lot of offers from different teams and championships off the back of our successful 2016, however when the opportunity came up to jump into the Ginetta with Tony and the team it was something I couldn’t turn down. This will be my 4th year with the team and they proved last year they have the speed in the car to win races. I am grateful that Tony has given me the opportunity, once again, to go racing. I am super excited to pair up with Tom. We have been talking over the winter about teaming up together and making the step up into GT racing. We are mates off the track and that will make a difference – I think we are a strong pairing that have every chance of being successful in 2017 and beyond. A huge thanks to Tony, TeamHARD, my family and all my sponsors for giving me this opportunity!"

Alongside Simon will be Tom Barley who TeamHARD have also enjoyed a great relationship with over the last few years and have seen his progression all the way to his BTCC debut in 2013. Tony continued "Tom is also a very capable racing driver and we believe that he will have the pace, consistency and concentration that is so important in endurance racing."

Tom said "I’m over the moon to be joining forces with Tony and the rest of the team again in 2017. Tony has played a key role in my racing career, and I’m very excited by the challenge of GT racing. The GT4 Ginetta is a fantastic piece of kit, and I couldn’t be happier to pair up with Simon. I think we’ll be a strong force in 2017, with consistency and experience being our forte."

Tony concluded "We are very much looking forward to working with Simon and Tom again and also a massive thank you to Claire, Rob and the rest of the Britcar team for their hard work and commitment in putting together what we believe to be a very good championship".