Third Win of the Season for Scott Mittell & Charles Hall 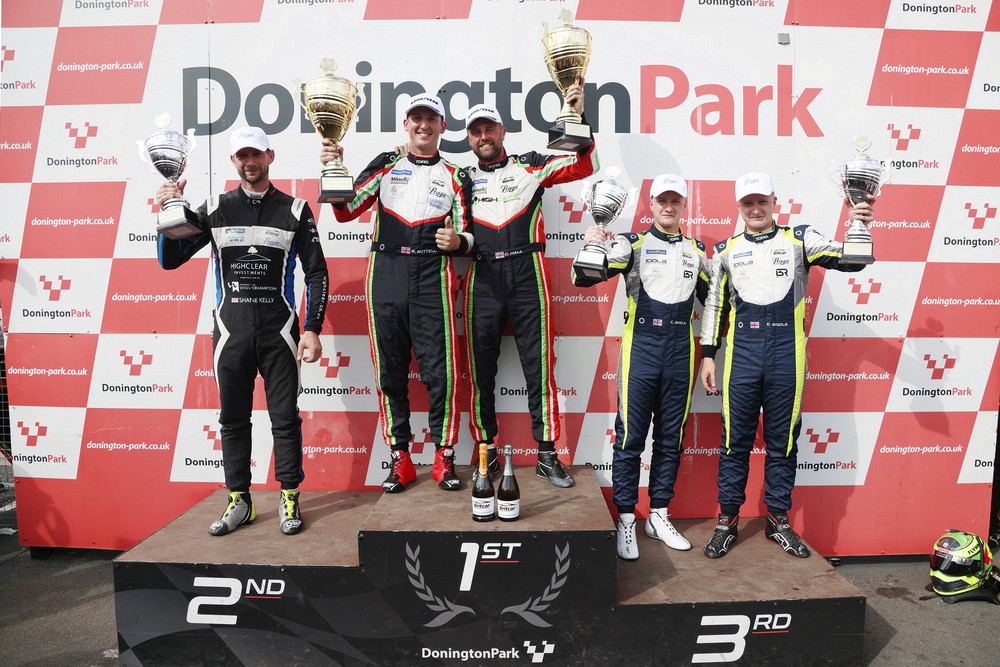 Mittell Cars’ Scott Mittell and Charles Hall turned their weekend around with a great win on Sunday, their third of the season. Behind them, Shane Kelly followed suit in turning fortunes around with a hard-fought second on his first solo drive and the Bridle twins took a second successive podium with third place, their most successful weekend in the Praga R1.

Leading the field at the start, Kelly started well from pole whilst the drivers behind looked to find their own piece of track through Redgate. It was Hall that made the most of the squabble, sending his bright green no.77 R1 down the inside of three cars to take third, then dispatching second place starter Rod Goodman through Hollywood. This move was vital for the Mittell Cars driver, as Kelly had already pulled a gap. The pair then preceded to gap the rest of the field: a vital tactic of Kelly’s race as he needed to stop for an extra thirty seconds come the pit stop phase. 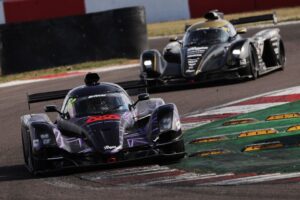 In third, Jimmy Broadbent had had a good start, passing the no.86 Arden by Idola Motorsport car of Corey Alleyne. In no.87, Goldie 2.0, Broadbent looked at times that he could close the gap to the pair in front, but such was their pace this never materialized and Broadbent himself came under pressure from Ben Stone in the no.4 RAW Motorsports car. With no success penalties, Stone knew he was in a good place to fight for the win upon handing the car over to teammate Rob Wheldon and passed the no. 87 when Broadbent had a high-speed moment exiting the Old Hairpin. This off dropped Broadbent to sixth but he recovered to fifth by the time he handed Goldie 2.0 to Gordie Mutch.

In the middle of the pack, the Idola Motorsport no.84 of Chris Bridle had passed the Mittell Cars no.29 of Dan Gore at the start and in a busy stint for Bridle he passed the no.86, the no.31 and no.87, after it’s brief off. This put him in third, a great position coming into the pit window, a position that was needed due to their success penalty.

During the pit window most drivers chose to come in early, while the lead three stayed out longer into the stint. Once pitted, the UWRacing car of Kelly emerged into third, behind the Mittell Cars’ no.77, now helmed by Scott Mittell, and the RAW Motorsports no.4 of Ben Stone. Both cars were a way up the road with no success penalties hampering their progress.

With no extra stop time either, the Idola with Adrian Flux no.24 R1 of Lewis Appiagyei and Ruben Stanislaus was in third place, a brilliant position for the young drivers, though Stanislaus had the Praga veterans of Ed Bridle and Gordie Mutch chasing him down.

Having taken over in the no.85 from Jay Morton, Scott Mansell looked set to climb the field but before he could get into the flow of things, he had to retire the car. Joining Rod Goodman’s RAW Motorsports’ no. 31 and the Mittell Car no.29 on the side lines. 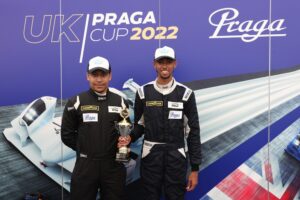 At the head of the field, Wheldon in the RAW Motorsports car was closing down on Mittell, but going through Craner Curves his R1 went straight on, bouncing across the grass, over the track and ending up beached in the gravel and out of the race. This gave Mittell some breathing room but Kelly was putting in fastest lap after fastest lap to close the gap.

In the battle for third, Stanislaus had put up a brave defence but Bridle managed to pass through Redgate. Behind in fifth, having had the biggest success penalty, Mutch was playing catch-up and was closing the gap, lap by lap, as the time ticked down. Stanislaus defended well but would have wanted the race to finish one lap earlier, as Gordie Mutch dove down the inside at Redgate on the final lap to take fourth away.

In the end Scott Mittell’s stint was quiet and he put the laps in he needed to claim his and Charles Hall’s third win of the season. Shane Kelly had given it his all but couldn’t close the gap to Mittell, however second is a result that the University of Wolverhampton Racing team will happily take home with them; that, and a fastest lap. Third went to the Bridle’s on their most successful weekend of the season.

Championship leaders Gordie Mutch and Jimmy Broadbent would have hoped for more from the race but still come away with a far greater lead in the championship than when they arrived. Meanwhile, Ruben Stanislaus and Lewis Appiagyei celebrate their fifth place with joint Driver of the Day, for their solid, reliable and fast debut weekend. In sixth came the Arden by Idola Motorsports no. 86 car, while in seventh and eighth were the no.4 and no.31 RAW Motorsports cars. The no.85 and no.29 cars both retired before the halfway point. 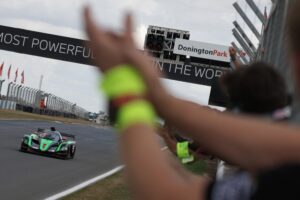 Charles Hall commented after the race; “we needed a bit of luck this weekend as the competition is still tough, but we’re in with a chance so we’ll take it race by race because you just never know what’s going to happen. It could go down to the wire.”

Also speaking after the race, Shane Kelly said; “we couldn’t make any mistakes today so the main thing was to come back with some points, which we did.”

Finally Chris Bridle said, “we’re straight back into the championship now. We’re really happy with the weekend and the team at Idola Motorsport did a mega job getting the car ready. I’m super chuffed.”

Watch the race on the BARC YouTube channel here (https://youtu.be/tWmhAisnmNY?t=15495)