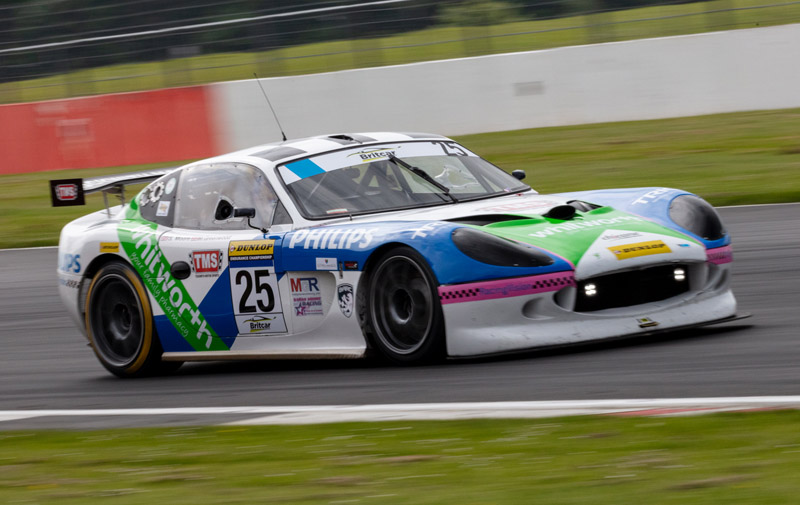 Tockwith Motorsport’s (TMS) Matt Greenwood’s excellent start to the Britcar Dunlop Endurance Championship continued, as he and team-mate, Sarah Moore, claimed a first and second-place finish. The pair (car 25) guided their TMS Ginetta G50 into pole position in their class for race one, beating experienced touring car drivers, Stewart Lines and Adam Morgan (car 95), by nine hundredths of a second. After claiming pole, Matt said: "The car felt great; we are both very confident going into the first race, especially with a record-breaking number of cars on-track."

His confidence in the car was justified, as Sarah flew off the start and pulled out a gap to lead in class. At the halfway stage, Matt jumped in the car and thanks to some swift work by the TMS pit crew, he emerged from the pitlane in the lead and stretched out an eight-second gap over car 95 during his out-lap.

Leading from the front is always difficult, but Matt drove beautifully and controlled the pace. He took the chequered flag to win the class trophy by 10 seconds, and even beat cars from higher classes, to finish 12th overall out of a grid of 33 cars starting.

At the conclusion of race one, an understandably elated Matt said: "I am delighted; thanks to Sarah, who put in a great first stint, I left the pitlane in the lead and finished well-ahead of our competitors. It is important to focus on race two now, which is two-hours-long, and our aim is to finish on the podium once more."

After the dry running earlier in the day, the conditions could not be more different for race two: Torrential rain meant Matt and Sarah’s main goal was to keep the Ginetta G50 on the track and bring it home.

The conditions wreaked havoc with teams’ strategies, but the polesitters remained calm and focused. Matt, who had never driven the Ginetta G50 in the wet, showed maturity and battled valiantly against fellow class rival, Stewart Lines, during the second half of the race. On this occasion, car 25 finished just behind its opposite number in second-place in-class, fifth-place overall.

Nevertheless, both Matt and Sarah have now achieved back-to-back podiums in both rounds of the season so far and are second in the overall championship standings – behind class rival, car 95, by only three points after Maximum Motorsport’s drivers secured two bonus points for fastest laps in both races.

For Matt, in particular, it is a phenomenal feat with this season being his first in senior racing. He paid tribute to the team around him: "I would like to thank my team-mate, Sarah, TMS and my sponsors. Without all of them, we wouldn’t be as successful, and I am very excited to see what the rest of the season brings."