Trophy Race 1 quick report: Baker Warms It Up, Clarke Carries it Off 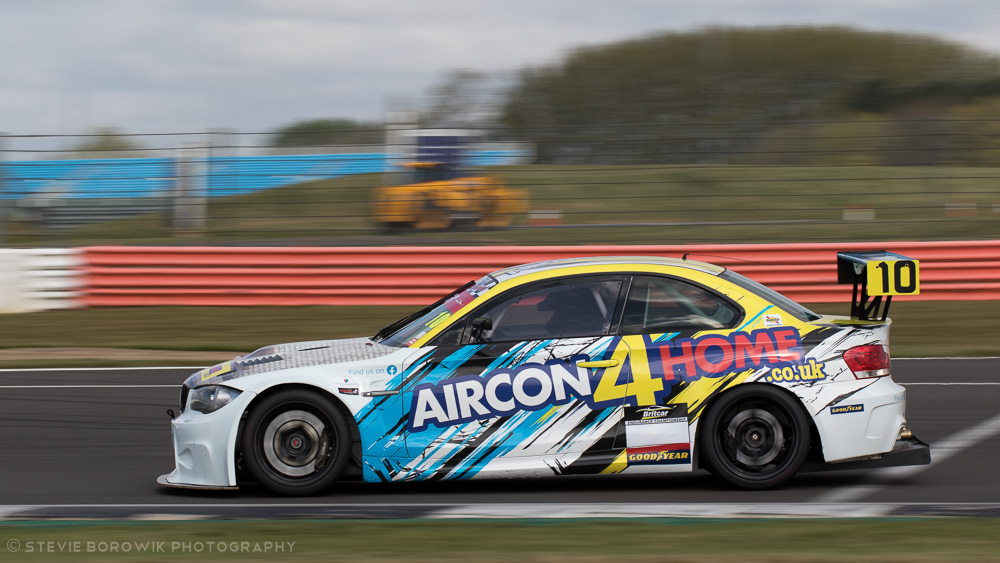 After Simon Baker’s fraught opening stint, veteran returnee Kevin Clarke steered the Woodrow Motorsport BMW 1 series to a convincing win in the opening Trophy race at Silverstone. An early Safety Car period had neutralised the field for some 10 minutes, but once let loose, Baker, Jas Sapra’s E46 and Matty Street’s M249i swapped the lead, before being joined by Mark Lee’s Ginetta G55. After the pit stops, it was Clarke who emerged in the lead, eventually finishing over half a minute ahead of Lee, who held off Lucky Khera, who drove around a clutch issue after taking the E46 over from Sapra. Richard Higgins displayed his usual stability, taking the Class 2 victory, while Class 3 went to Steve Griffiths and Jamie Vinnall-Meyer, and the most of the Clios had their moment of glory in the lead of the class, the top spot eventually going to brothers James and Ben Colburn. Full report to follow.