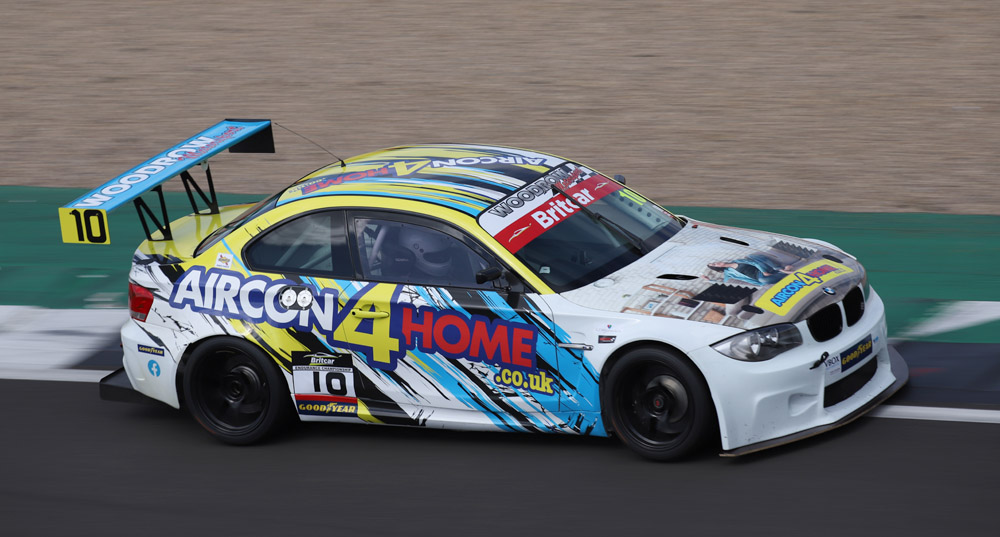 Simon Baker and Kevin Clarke realised the avowed intention of Woodrow Motorsport’s Ed Platt in the season-opening Trophy race at Silverstone; "We’ve built a car to win the Trophy Championship" Platt had proclaimed of the BMW 1-series at a pre-season test day, and thanks to Baker’s fine opening stint in difficult circumstances, and Clarke’s experience in racecraft and refining the set-up, the first step on that journey was put in place.

It was a fraught start, with pole-sitter Baker alongside Jas Sapra’s BMW E46 into the first corner, while Matty Street sensationally powered the Team BRIT BMW M240i through to the lead for a few seconds, before Sapra put some manners on him. There was trouble behind though, a four-car incident saw Simon Khera’s BMW, Brad Kaylor’s new SEAT Supercopa and Mat Evans Scirocco eliminated, and Steven Chandler’s Golf continue with front-end damage. The Safety Car was deployed to enable the mess to be cleared up, and once the field was let loose again, Baker, Sapra and Street engaged in a three-way battle in which they all took turns in a tenuous lead. Mark Lee’s Ginetta G56 joined in too, tailed by Andie Stokoe’s BMW 240i. Street dropped back, and now it was Lee who split the BMWs, and challenged Sapra for the lead, while Street and Stokoe now had Kester Cook’s Fiesta tagging along. It wAsn’t letting up among the Clio class either – class leader Anton Spires has Aaron Thompson and Ben Colburn to deal with.

Baker was back in the lead by the time the pit window opened, and he and Sapra pitted on consecutive laps, while lone-driver Lee stayed out on track, and was one of the last to take the mandatory stop. Once the field settled again, Kevin Clarke’s BMW 1-series held a lead that he would never relinquish, increasing the gap to Mark Lee’s Ginetta G56 as the laps rolled down, not even easing off on what could have been his final lap, crossing the line just one second before the 50 minutes had elapsed, and having to do an additional tour. "I tried easing off, but I was locking up and missing braking points, so I just went back to racing" he explained later. Lucky Khera, now in Jas Sapra’s BMW, took second from Lee’s Ginetta, though backed off as he adapted to controlling a clutch issue, but the self-acclaimed World’s Fastest Bengali had a second wind, and given one more lap, may have got the place back, the gap between the Ginetta and the BMW being less than a second at the flag. 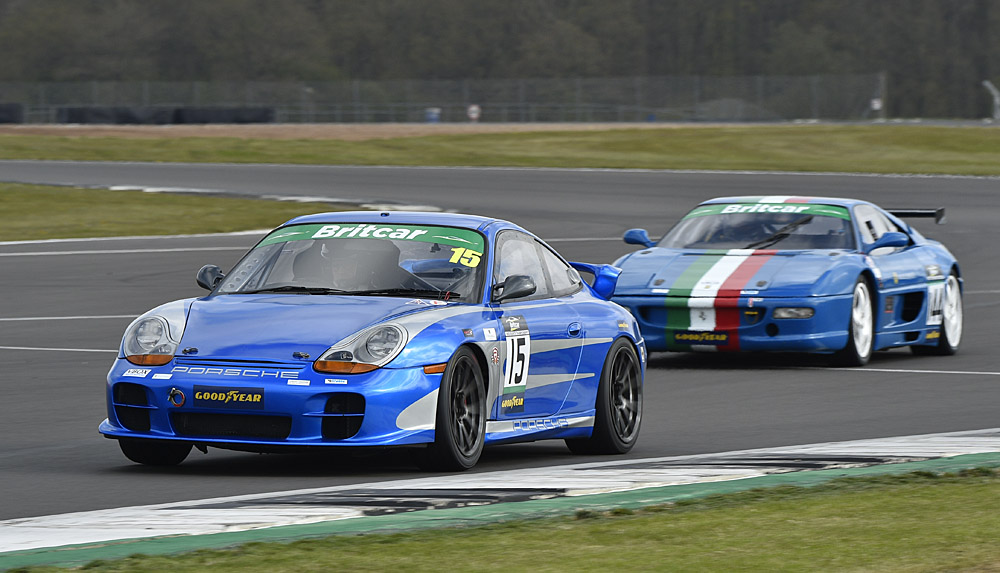 The Kan-Yan M240i was a consistent front-runner, and David McDonald came home fourth, ahead of Tony Prendergast, who consolidated his status of last season as being the lead runner of the J W Bird Scirocco contingent. The Kester Fiesta was fifth, the driver promising that, now settled-in after a winter lay-off, there would be better to come. Pit-stop issues delayed the Team BRIT M249i, Andy Tucker bringing the car home seventh in Class 1, while endurance experts Dave Cox and George Haynes were eighth in their BMW E46, though a dropped valve would cause them to miss the second race. The final Class 1 finisher, the Smart ForFour, spent the final 15 minutes in the pits – Jonathan Barrett had taken the first stint after a gearbox change between qualifying and the race, but Rob Baker identified severe overheating and pitted for investigation.

The Class 2 win was taken by Richard Higgins in the County Classics Porsche 996, as last season, going about his business in a controlled fashion and getting the result, with the Ginetta G40 of Peter Spano and pro-driver Andrew Bentley second, and the endurance-spec Clio of Andy Mollison and Ryan Firth completing the Class podium. This class is too numerous to comment on the fortunes of every car, but returnees Daniel and Sean Woodard were pleased with the fifth place in their Mini Challenge, Charlotte Birch bravely went it alone in the Vinna Sport Ginetta G40, reigning overall champion Oliver Smith got to grips with the BMW Z4, he shared with Clinton Ewen, and Britcar stalwarts from way back, Kevin Hancock and Leigh Smart had minor issues with their Porsche Boxster as they dialled their way back in. 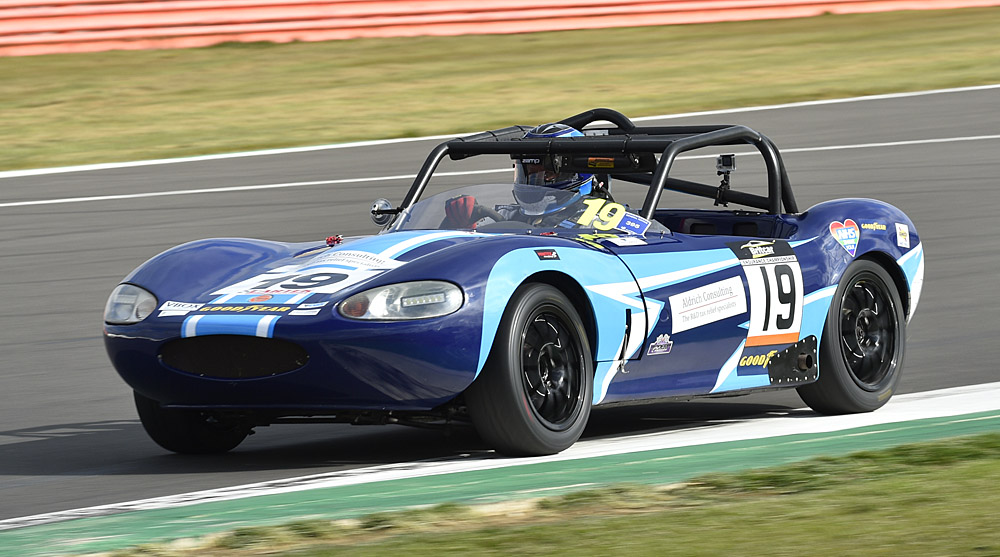 Steve Griffiths and Jamie Vinnall-Meyer were runaway winners of Class 3 in their little Ginetta G20, finishing a lap ahead of reigning class champions Steve and Edward Cook’s new Honda Civic, Luke Pound drove his first solo race, taking the Team BRIT BMW to third, and Barry McMahon had limited expectations for his Alfa Giulietta, which is a work-in-progress, while the erstwhile close-fighting Clios were spread out at the finish, with brothers Ben and James Colburn taking the Class crown, Steve and Aaron Thompson second, and Richard Colburn/James Black third. Newcomers Jay Morton and Miles Lacey were fourth, and Darren Geeraerts was delayed in the one-time leading car of Anton Spires.