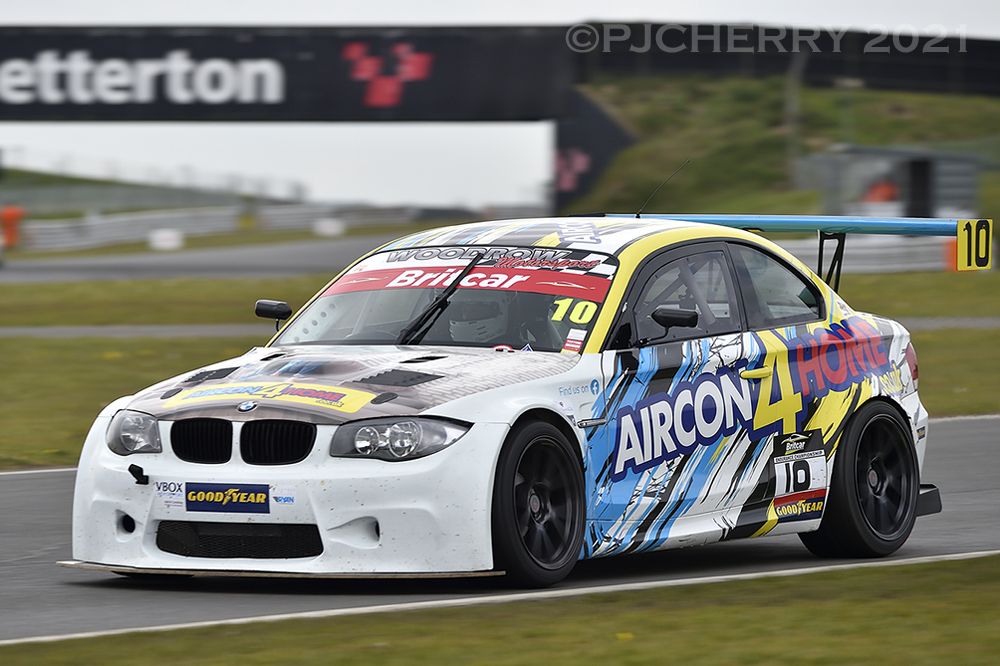 Simon Baker and Ollie Reuben took the Woodrow Motorsport BMW 1M to it’s third win of the season in Race 1 at Snetterton, though it was closer-run thing than the opening rounds at Silverstone. Fair play to experienced historic racer Reuben, who was having his first event in a car developed and previously taken to wins by Kevin Clarke, he was generally two seconds a lap faster than anybody else in any session on Sunday, but the SVG-run Ginetta G56A of Mark Lee came into contention during the races.

Timing constraints fore-shortened the race to 45 minutes, and in a fraught opening lap, pole-sitter Baker dropped down the order as Jas Sapra seized the lead in his grey BMW E46, followed by Lee’s Ginetta and Rob Smith’s Peugeot, making it’s season debut and exploring the new competition, while Andrew Bentley was assertively pushing the Ramen Racing Ginetta G40 into the Class 1 group, and Matty Street made his trademark storming start in the Team BRIT BMW M240i, making up seven places on the first tour. Sapra, Lee, Smith and Bentley established an equi-spaced top four, while behind them, Street, Baker, and Kester Cook’s Fiesta engaged in a three-way place-swapping scrap, while there was a little rubbing as Aaron Thompson and James Colburn disputed the lead of the Clio class. Richard Evans’ pure white BMW M240i began to challenge Street’s version, and Baker mounted a recovery, punching in a fastest lap as he got back up to third place.

For safety reasons, the pit-stop windows were to be staggered, with Classes 1, 3 and Clio taking the first 10-minute slot, and the more-populated Class 2 the final session, and front-runners Sapra, Lee and Smith were the first to get the stop out of the way, with Baker and the Kester Fiesta coming in next time round, allowing the Class 2 contingent to assume the leading positions. Some of the change-over drivers struggled to get to grips – Charlie Campbell had a grassy moment at Murrays in the Peugeot started by Smith, and Ollie Reuben spun the BMW 1M at the hairpin, and two didn’t rejoin after pitting – the Golf of Mark Jones/Robert Taylor, and the Clio of Darren Geerearts and Anton Spires, which lost the oil cap.

The Class 1 cars rose back to the top when the Class 2 runners took their stops in the second phase, and there were just five minutes left on the clock when the field settled, with Mark Lee’s Ginetta in the lead, and Reuben’s BMW 1M in pursuit, powering ahead along the Bentley Straight on what might have been the final lap, but they crossed the line just one second shy of the allotted 45 minutes, and had to do another lap, the BMW finishing two seconds ahead of the Ginetta at the flag, with Kester Cook’s almost brakeless Fiesta a distant third, the top three also forming the Class 1 podium. Jas Sapra was called in for a stop/go penalty after taking a pit stop just short of the mandatory two minutes, which stymied his podium aspirations, and Andy Tucker in the Team BRIT BMW 240i, and Charlie Campbell, in his Peugeot, worked on the blinding pace set by their first-stinters, coming home fifth and sixth in class. 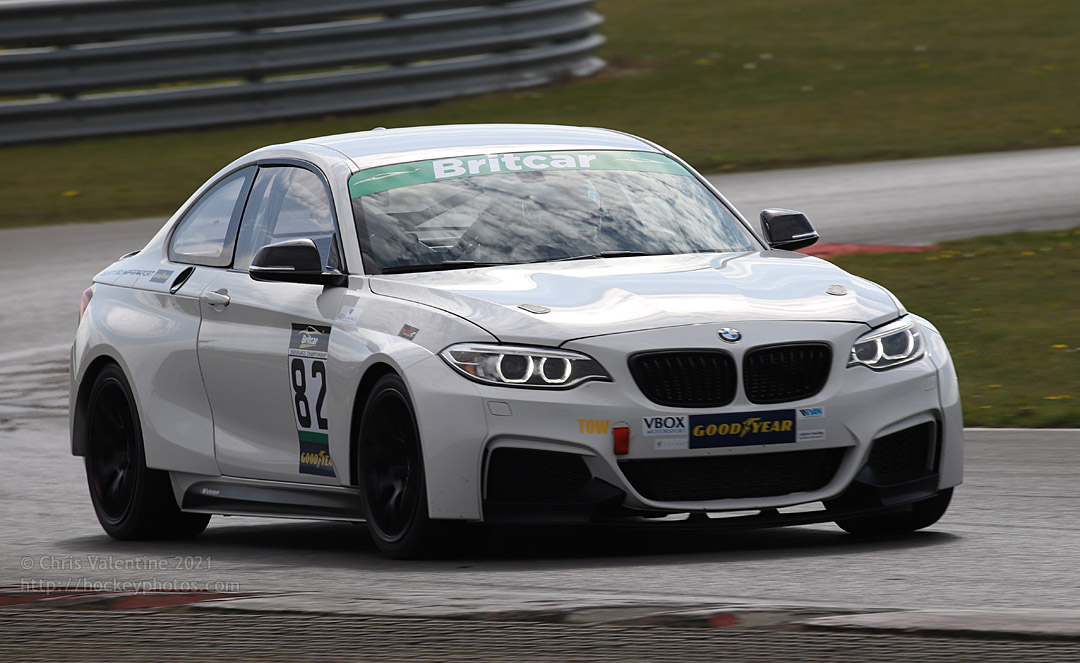 Class 2 went down to the wire too – it had always been between the Bentley/Spano Ginetta G40 and the BMW 240i of Richard Evans, and a last-gasp dash by lone-driver Evans saw him grab the top spot by squeezing through on the inside of Peter Spano’s G40 at Murrays on the penultimate lap. Richard Higgins in the County Classics Porsche 996, was third, and had been for much of the race, though this could have been in doubt, as the Chandler Motorsport Golf was on it’s way to the final podium spot, but was delayed by a stop/go for a pit stop infringement. Young Joel Wren, who had taken over the Golf from Steven Chandler, made a final push but the gap to the Porsche was just under three seconds at the flag. JW Bird honours were upheld by Paul Dehadray, fifth in his Scirocco, with sixth place taken by championship debutant Andrew Porter, a valiant effort in his Boxster after getting help with repairs from the Karting fraternity at the track. Anthony Hutchins at last got a race distance in, finishing seventh in his Amigo-run Boxster, ahead of the Andy Mollison/Ryan Firth endurance-spec Clio, old hands Kevin Hancock/Leigh Smart in their Boxster, and the little Ginetta GT5 of Stuart Gibbons and Reflex Racing team boss Del Holden, with Richard Bernard, after qualifying issues, the last to complete the full race distance in his Boxster. Sadly not completing the full 45 minutes were the JW Bird Sciroccos of Mat Evans and Tony Prendergast, the Mini Challenge of Daniel and Sean Woodard, and the Vinna Sport Ginetta G40 of Charlotte Birch, which retired with gearbox issues.

The Clios entertained much as they did in their former life on the TOCA package – no quarter given by James Colburn and Aaron Thompson in their opening stints, and the win went to Steve Thompson, who had taken over from son Aaron, with Sarah Franklin, in her first race for two years, in an unfamiliar car, in second place in the machine started by James Colburn, and Westbourne team boss Richard Colburn partnering young James Black to third place.