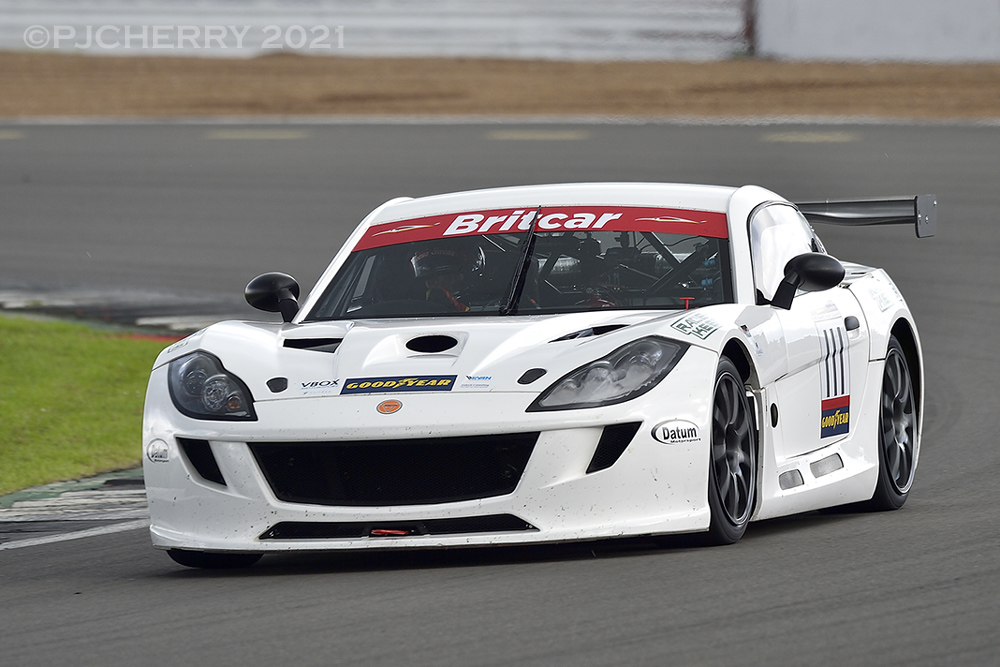 Axel was a bit of an unknown quantity to Britcar, though his success in Lotus and Ginetta racing boded well, but Adriano is a known pedaller of repute, and signalled notice of intent in the rain-blighted and red-flagged qualifying session with a time three seconds ahead of Mark Lee’s similar machine, on a grid packed with regulars, and some debuting entries who looked to upset the current order.

The two Ginettas led away as the red lights went out for the rolling start, with Van Nederveen’s white car ahead. Simon Baker’s BMW 1M grabbed second place from Lee on the second lap, and was on the leader’s tail, but Van Nederveen responded and maintained a healthy gap. Rob Smith’s Peugeot RCZ held fourth place, and Steve Rothery’s Peugeot 308 was on the move, displacing Andie Stokoe’s BMW 240, while falling down the order, after a fifth row start, was Steve Griffiths’ Ginetta G20, running in 28th place, leaving Griffiths to later shake his head in disbelief; he would be one of the first to pit once the window opened. 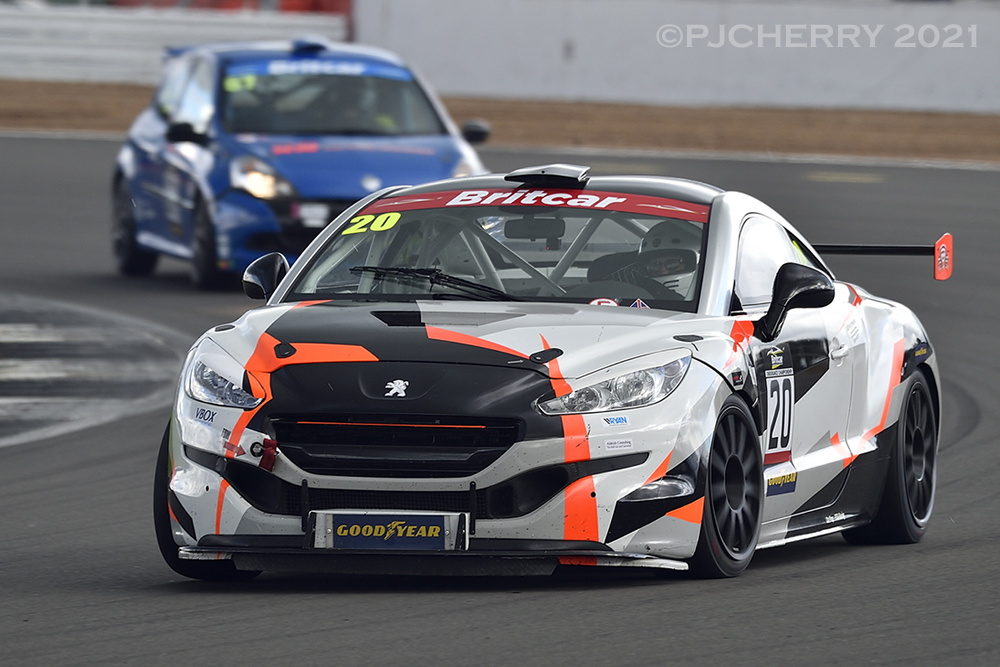 The leading positions stayed much the same up to the pit window opening, with Rob Taylor’s Golf leading Class 3, and Aaron Thompson at the head of the Clio class. The Nissan 350z of Mark Skeets was a regular pit visitor, with the car in limp mode, Rob Smith drove the RCZ straight into the garage with engine problems, and Alistair Lindsay retired his SEAT Leon around the halfway point too.

Once the field had settled after the mandatory stops, Adriano Medeiros retained the lead that Van Nederveen had built, and held it to the end, though Ollie Reuben, now in the Woodrow BMW 1M started by Simon Baker, mounted a challenge, setting fastest lap in the process, but was 35 seconds adrift at the flag, followed by Mark Lee’s Ginetta, which was a further 28 seconds back. The Andie Stokoe/David McDonald BMW 240 was the last Class 1 car on the lead lap, with the similar Team BRIT machine of Andy Tucker and new co-driver Paul Voakes finishing fifth in class, and the Invitation entry of William Lynch’s BMW M3 finishing a creditable 11th overall.

Championship newcomer Steve Rothery instantly made his mark, claiming the Class 2 victory, with Peugeot 308 stablemate Terry Stephens fourth in class, these two sandwiching the Richard Evans/Shane Stoney BMW 240, and regular frontrunner Richard Higgins, who had shown his class against the new opposition in the County Classics Porsche 996. In a packed class, the endurance-spec Clio of Ryan Firth and Andy Mollison was fourth, followed by the Boxsters of newcomers Andy Porter and Garry Lawrence/Richard Avery, with Bill Forbes’ Ginetta G40 and Chris Murphy’s BMW Z3 a little further down the overall order. A smoky exit from right-handers from Anthony Hutchins’ Boxster didn’t seem to affect his performance, 10th in class, and the two Invitation entries from Chris Murphy’s Whitebridge team, the BMW Z3s of Callum Bates and Stefan Murphy, finished ahead of the Boxster of Kevin Hancock/Leigh Smart, and the Mini Challenge of Sean and Daniel Woodard, which had a short stop out on the circuit. 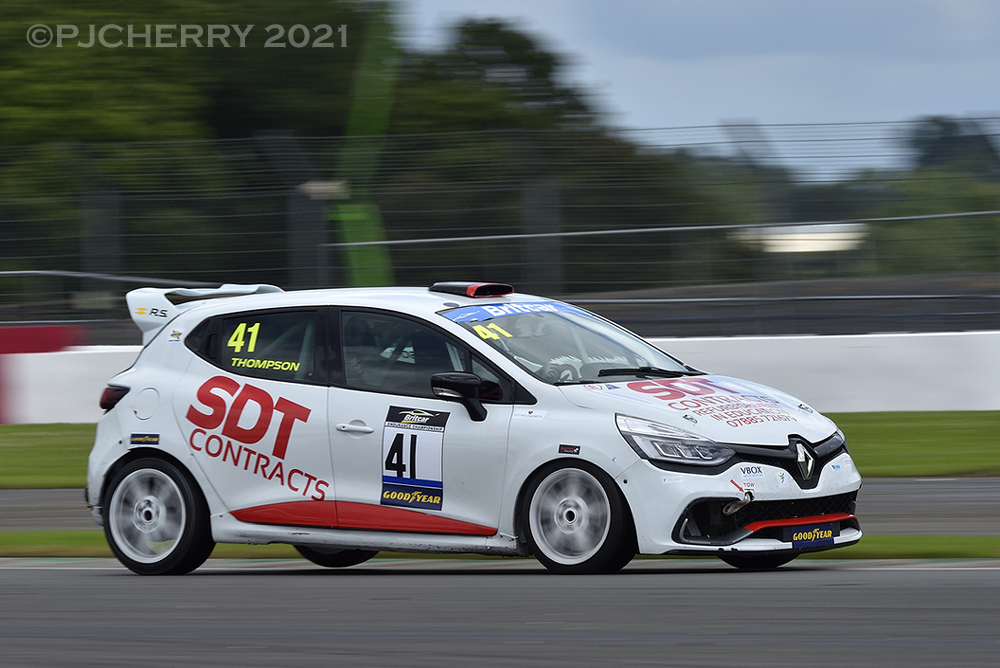 Arthur McMahon bagged the Class 3 win on his debut in the family team’s Honda Civic, while the pair of TSR Golfs finished line astern in second and third, the Mark Jones/Robert Taylor car beating the Fynn Jones/Tony Rogers example by just under half a second. Jamie Vinnal-Meyer clawed the Ginetta G20 started by Griffiths up to fourth, with Charlotte Birch, now more comfortable in Class 3 in the Vinna Sport G40, fifth, while the Civic of Steve and Edward Cook was out of its usual placing down in sixth, and Barry McMahon continued the development of his Alfa Giulietta, assisted here by marque exponent Paul Plant, with the Team BRIT BMW 118 eighth, regular pilot Luke Pound having Christiern Dart as co-driver.

Steve and Aaron Thompson took the Clio win – they were never headed in the class, though it was tight behind them, with young James Black finishing second, and Anton Spires, in the #4 car started by Darren Geeraerts having to fight his way past a resistant Sarah Franklin on the penultimate lap, while sadly the promising Motus One entry of Steve O’Brien and Matt Cherrington retired just before the finish with oil pressure problems.