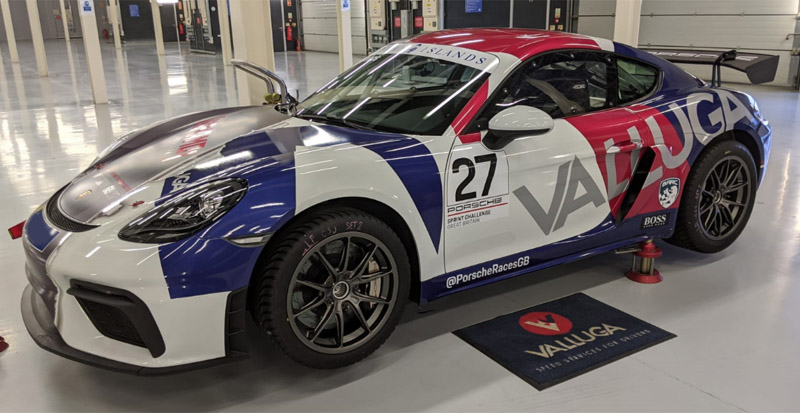 Nicole, from Roscrea in Tipperary, will be joined by the highly successful professional sportscar pilot and driver coach Sean Doyle, and she comes to Britcar with an impressive provenance – reigning Endurance Trial champion, a winner in 2016 in the Irish Touring Car Championship in her Honda Integra, and recent outings in Global GT Lights, Stryker Sportscars and Formula Vee, as well as being the Irish ambassador for both the Sean Edwards Foundation and Formula Female, while Sean can boast 14 race wins in a career that has taken him to compete for Murphy Prototypes in LMP2.

Valluga team boss Benji Hetherington is enthused about the late-starting and shortened 2020 season in Britcar: "I’m very pleased with the programme we’ve put together with CJJ Motorsport, the Cayman 718 is well-suited to Britcar and endurance racing, easy to drive and very forgiving, and testing with Nicole and Sean is going well. Sean is, of course, a professional driver at the top level, and Nicole has been consistent, shown great pace, and exceeded our expectations."

Nicole and Sean will race in the hotly-contested Class 4 of the Endurance Championship, with number 718 on the door, following Valluga’s penchant for utilising the Porsche type designation as the race number. Britcar welcomes them, and wishes them well in the opening rounds of the Championship at Croft this coming weekend.