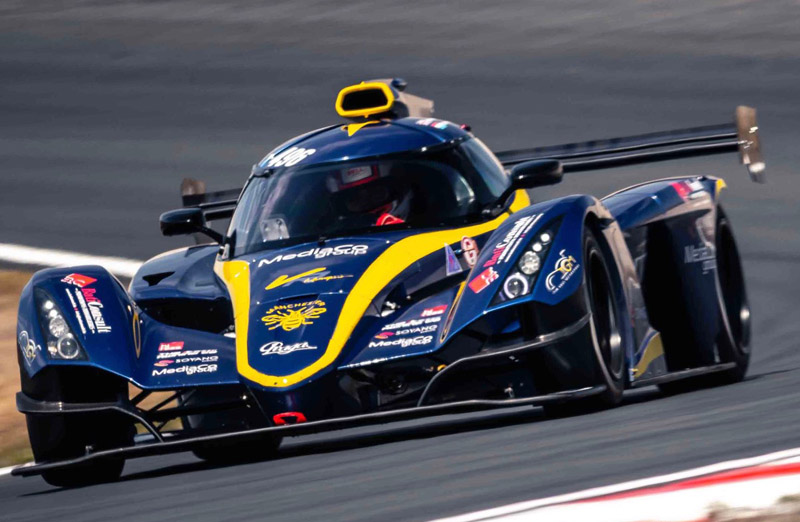 Founded in 1907, and possibly most famous for their V3S off-road truck, Praga are based in Prague in the Czech Republic. Based on the R1R road car, their R1 race car, first built in 2012, is powered by a mid-mounted Renault Sport-sourced 2 litre turbocharged inline-four cylinder engine.

VR Motorsport’s Vincent Randall takes up the story "VR Motorsport started racing 10 years ago in the 750 club RGB class, running Spire and Mittell cars. In 2016 we decided to stop running multiple cars and concentrate on one more specialised car, the Praga R1T.

The R1 has a full carbon monocoque chassis which was a problem in the UK as the MSA (now Motorsport UK) require steel ROPS. We decided our best option was to race in the Dutch GT & Prototype challenge in Europe. We did this successfully in 2017 and 18, winning our class in 2018 with wins at Spa And Zandvoort.

We recognised it was imperative given the uncertainties of Brexit that we could race the car in the UK, so in 2018 with the assistance of the MSA, VR Motorsport developed a suitable roll bar for the R1 and the MSA classified the car as a sports car. In 2019 Britcar will be our main focus, however we will also attend a few other meetings and charity events."

Claire Hedley, Britcar’s MD, added "Vincent and I have been talking for over 2 years now about them joining us but they needed the roll cage approved and it has been now and we are very excited about them joining our Class 1 cars".